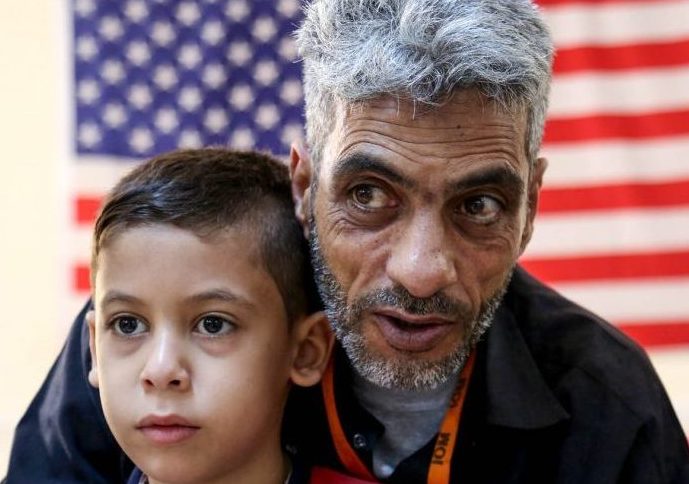 Fact Sheet
Office of the Spokesperson
The United States is taking the lead in meeting the unprecedented challenge of the global refugee crisis. At the Leaders’ Summit on Refugees in September, President Obama brought together world leaders on the margins of the UN General Assembly to galvanize additional humanitarian support, improve educational and access to lawful work for refugees, and expand opportunities for refugee resettlement.

The U.S. resettlement program serves refugees who are especially vulnerable; those who fled violence or persecution and cannot safely stay where they are or return home. It is the largest refugee resettlement program in the world. For each of the past several years the United States has offered 70,000 refugees new homes. In Fiscal Year 2016, President Obama set a new, more ambitious goal: resettling 85,000 refugees. Per the President’s goal, the American communities welcomed 84,995 refugees in Fiscal Year 2016.

The refugees admitted under the program come from 79 countries. Over 70 percent fled five countries: the Democratic Republic of the Congo, Syria, Burma, Iraq, and Somalia, where protracted conflicts have driven millions from their homes. Over 72 percent of the resettled refugees are women and children. Many are single mothers, survivors of torture, people who need urgent medical treatment, religious minorities, lesbian, gay, bisexual, transgender, or intersex (LGBTI) persons, or others imperiled by violence and persecution.

American communities have long been the bedrock of the United States Refugee Admissions Program. The Department of State is proud to work with partners in about 180 cities across 48 states, and that list is expanding in Fiscal Year 2017 as more American communities open their doors to refugees.

The safety and security of the American people is always the top priority. Refugees are screened more carefully than any other type of traveler. Screening includes the participation of the Department of Homeland Security, the FBI, the National Counterterrorism Center, the Departments of State and Defense as well as additional intelligence agencies.

Looking forward, the United States will welcome 110,000 refugees in Fiscal Year 2017. This is a 57 percent increase over FY 2015 and is consistent with the belief that all nations must do more to help the record number of innocent civilians who are uprooted, cast adrift, and desperate to find peace, safety and the chance to rebuild their lives.
Top 5 Countries of Origin