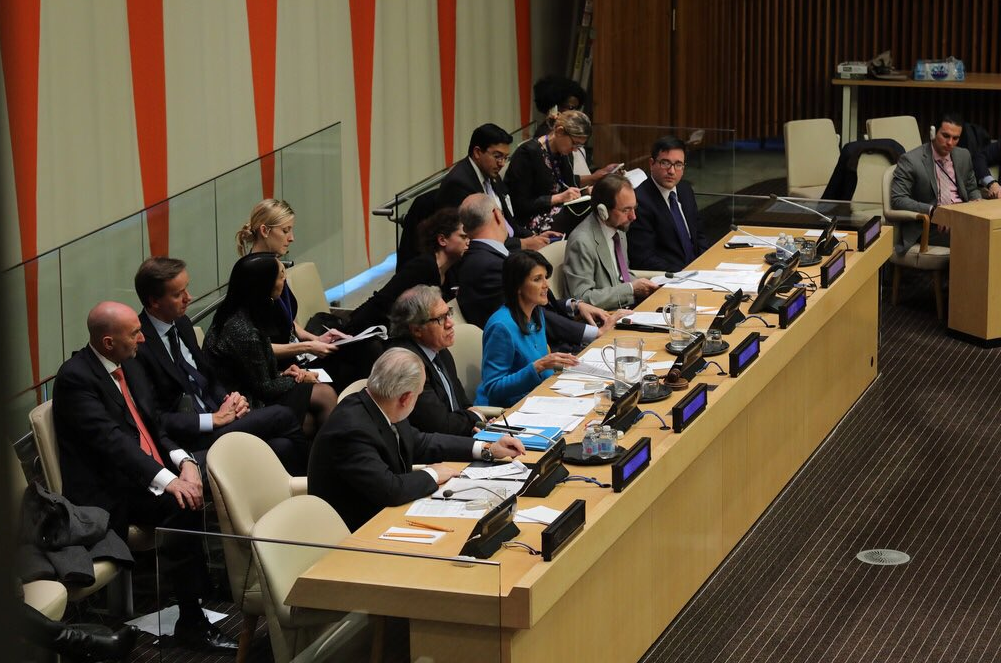 “The situation unfolding in Venezuela is more than a human tragedy. The crisis in Venezuela today poses a direct threat to international peace and security. Venezuela is an increasingly violent narco-state that threatens the region, the hemisphere, and the world.”

“I have used and will continue to use the convening power of the United Nations to draw attention to this crisis. When we raised this issue under “any other business” in May, we told the Council that a failure to respect human rights is a recipe for disaster. We provided examples from other countries, like Syria, South Sudan, and Burma, where regimes have oppressed their own people, and those countries subsequently erupted into conflict. We warned that Venezuela was headed down the same path.”

“Our commitment to the Venezuelan people does not end with this session. We meet today to discuss peace and security. But at the heart of all this Council does is people… Our message to the Venezuelan people today is not to give up on hope for a better future for yourselves and for your families. We refuse to give up hope and will not stop fighting to get your voices heard.”