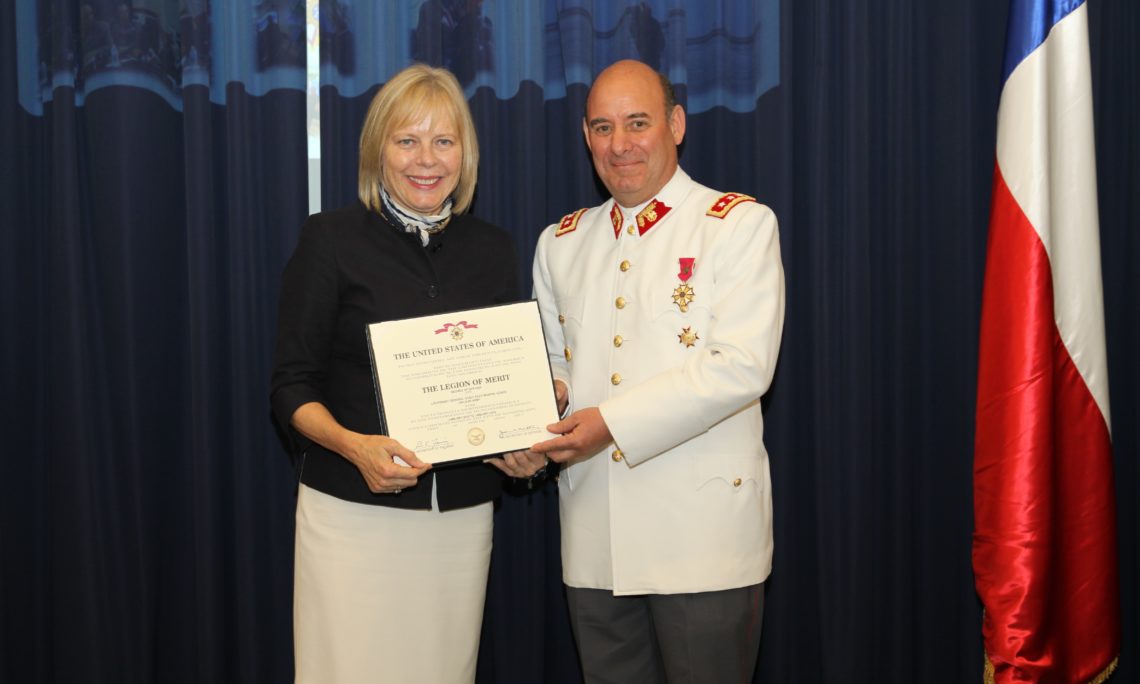 The award recognizes GdG Montini’s exceptional meritorious service as the Chilean Defense and Military Attaché to the United States from January 2015 to January 2016.  GdD Montini was joined by family and friends as well as the Chilean Army Commander-in-Chief, General Humberto Oviedo Arriagada, and other officers from both the Chilean Army and the U.S. military.

During his time as an attaché, GdD Montini managed a focused and effective Chilean Army presence with the U.S. Army and provided coordination and support that was essential to the success of multiple important exchanges between the U.S. Army and the Chilean Army.  His efforts enhanced mutual trust, understanding, and interoperability between both armies.