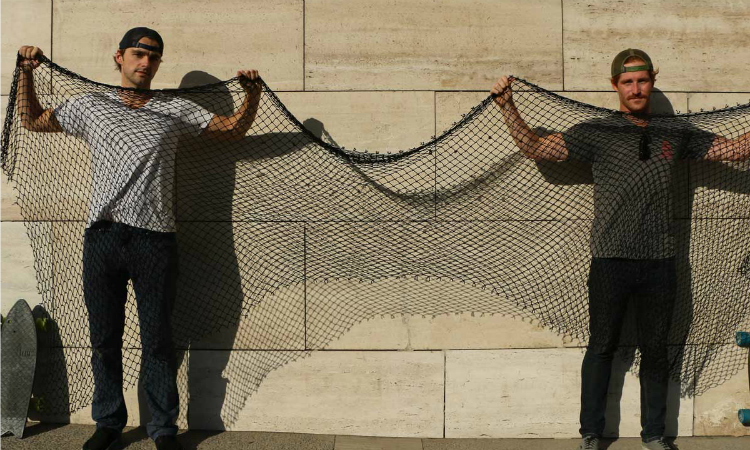 The Secretary of State’s Award for Corporate Excellence (ACE) annually recognizes a handful of outstanding American companies that thrive in the global marketplace and represent the highest levels of leadership, innovation and achievement. Each winner represents American values in their worldwide business practices, and supports sustainable development of the local economies in which they work.

Among this year’s ACE Awards winners are two innovative companies, Interface, Inc., and Bureo, Inc., that each demonstrate how environmental and economic sustainability not only can intersect, but can also exponentially improve conservation efforts and catalyze economic growth.

Interface works out of the Philippines, which has one the world’s most bio-diverse ecosystems. Interface pays coastal communities to collect discarded or abandoned fishing nets. It then recycles these nets and turns them into carpets that are sold all over the world. Interface not only provides needed jobs to coastal communities in the Philippines. It also removes fishing nets from the ocean so those nets can’t continue to “ghost fish” — the destructive process where fishing nets capture and kill aquaculture even after they’ve been discarded by fishermen.

Similarly, a group of young American entrepreneurs working in Chile started a company called Bureo to make skateboards and sunglasses from discarded and recycled fishing nets. Bureo’s products are sold online, at Patagonia stores and at surf shops around the globe.

These imaginative enterprises have taken the challenge of combating ocean pollution and turned it into business opportunities. In doing so, they represent the essence of the “blue economy” — and American ingenuity.

For the United States, promoting a “blue economy” means recognizing that conservation and environmentally sustainable management practices are the pathways, not the roadblocks, to enabling long-term economic development and growth.

Underlying the “blue economy” is the idea that it’s possible to combine economic and environmental sustainability; that businesses can do well by doing good.

This intersection, where environmental conservation is spurring economic growth is playing out across the world.  It’s driven by innovative businesses that see economic opportunity in preserving nature rather than polluting or degrading it.

The global eco-tourism industry is a perfect example of this. The Pacific island-nation of Palau recently made its vast territorial waters into a shark sanctuary, which is a boon to its tourism industry. A recent study by the Australian Institute of Marine Science showed that every year, shark tourism generates $18 million for Palau’s economy. A single reef shark can contribute nearly $2 million to Palau’s economy over the course of its lifetime, which can be as long as 25 years. By contrast, a dead shark, whose fin has been harvested for shark fin soup, accounts for a one-time profit of about $108 dollars. Making life safe for its sharks is helping improve life on land for Palau’s population.

Similarly, in Africa, eco-tourism offers a path forward for a continent that has seen its elephant population plummet over the past decade due to illegal poaching. A dead elephant’s tusks will fetch around $21,000 for a poacher, while the estimated tourism value of a single living elephant is $1.6 million over the elephant’s lifetime. Tour operators, who stand to profit off of thriving ecosystems, along with a wide array of other interest groups, are beginning to make inroads pushing African nations to crackdown and prevent poaching.

These industries and companies share a common understanding that, in the 21st Century, preserving Mother Earth can be a profitable endeavor. Conservation is no longer simply an avocation — it can be a business plan. The values and creativity that Interface and Bureo represent are attributes that should make every American proud. And it’s why the State Department is honoring them at this year’s ACE Awards.

About the Author: Catherine Novelli serves as Under Secretary of State for Economic Growth, Energy, and the Environment.