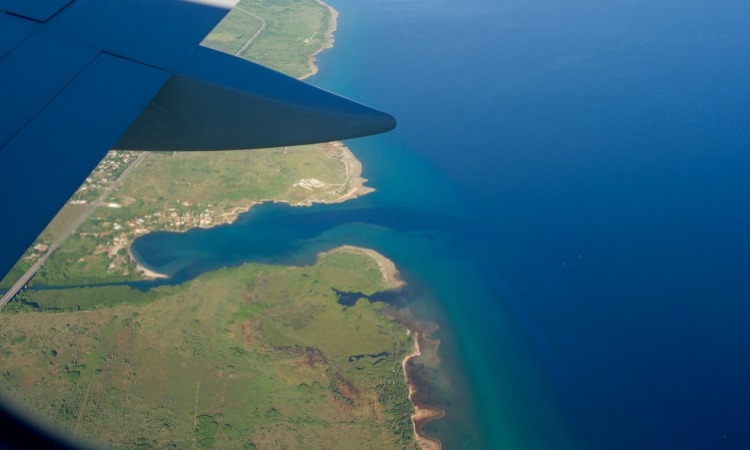 Charting a New Course with Cuba: Two Years of Progress
Two years ago, the United States and Cuba surprised the world by announcing a coordinated effort to begin normalizing relations. It took 18 months of secret negotiations, a trip to the Vatican, and a leap of faith by both sides to get there, but in one announcement on December 17, 2014, President Obama decisively broke with decades of a failed policy.

The goal was clear: to help the Cuban people live a better life through engagement  —  not isolation. We saw how the other approach worked: the Cuban people suffered under economic isolation; the human rights situation in Cuba was not improving; and the United States was isolated within our own hemisphere  —  and the wider world. It was time for a new approach.

The results are clear: engagement has worked. The United States and Cuba established formal diplomatic relations, and opened Embassies. And the United States Embassy in Cuba now works to support entrepreneurs, speak up for human rights, advocate for U.S. businesses, and build bilateral cooperation.

We’ve increased engagement between our peoples. If Americans want to go to Cuba, their government shouldn’t tell them not to, so we removed absurd restrictions on the ability of Americans to visit Cuba, and travel increased by 75 percent from 2014 to 2015; more than 500,000 Americans visited Cuba last year  —  including more than 300,000 Cuban Americans; ten U.S. airlines now provide service between U.S. and Cuban cities; and three American cruise lines have reached agreements to go as well. This travel brings revenue to ordinary Cubans; it reconciles families who’ve been divided; and it allows for Cubans to get access to different ideas and points of view beyond their borders.

We’ve supported the development of Cuba’s private sector. This is a human rights issue  —  people should have the right to live with dignity, and to control their livelihoods. Thanks in large part to U.S. policy changes — including the decision to allow for unlimited remittances to Cuba, which total $3 billion  —  ordinary Cubans are getting access to resources that allow them to open a small business. Today, approximately a quarter of Cubans in the work force are self-employed — — a dramatic increase from eight years ago  —  including cooperatives and 500,000 licensed independent businesses.

We’ve opened up space for deeper commercial ties, with changes to allow for cooperation in areas like telecommunications, medicine, and humanitarian infrastructure. This, too, has led to tangible results. A Cuban cancer vaccine is now going through a clinical trial in New York. Google is going to install servers to increase the speed and quality of the Internet in Cuba. U.S. companies are supporting the development of Cuba’s hospitality sector. Many U.S. businesses are exploring opportunities in Cuba that can benefit both of our peoples.

Of course, serious differences remain between the United States and Cuba. We still have grave concerns about the ability of people to protest, speak their minds, and exercise universal rights in Cuba. But engagement offers us a much better way to support civil society and stand up for our values. It’s already allowed us to get some political prisoners released, to support expanded internet access, and to empower Cubans who can start a business or connect with people from other parts of the world. That is the progress we must build on, including by having Congress lift the embargo that does nothing to support the Cuban people, and does a lot to hurt them.

We’ve elevated America’s standing in Latin America and around the world. Our Cuba policy was a major obstacle to getting things done in the hemisphere, and a source of tension around the world. Here’s one concrete example of how that’s changed: since our Cuba opening, we were able to send an envoy to support peace negotiations in Havana that ended the conflict in Colombia — the longest running war in the Americas. And this change is evident across the hemisphere. When President Obama took office, the United States was on the defensive in the Americas; today, our standing has never been higher.

ndeed, if policies are supposed to be responsive to our people, every survey shows this new approach is widely embraced. A 2015 Pew Research Center poll found that 73 percent of Americans approve of re-establishing diplomatic relations with Cuba, and 72 perecent of Americans approve of ending the trade embargo. A 2016 Florida International University poll of Cuban-Americans in Miami-Dade County found that 65 percent of respondents favor the re-establishment of diplomatic relations. Surveys in Cuba show even higher support for a new chapter that offers hope  — the ability to move beyond a difficult history.

Moving backwards would be an historic mistake, punishing American travelers and businesses; harming the Cuban people; and hurting our reputation in our hemisphere. Moving forward will allow us to continue partnering with the Cuban people in their pursuit of a better life. We should choose the future, not the past.

Editor’s Note: This entry originally appeared in the White House’s publication on Medium.com.