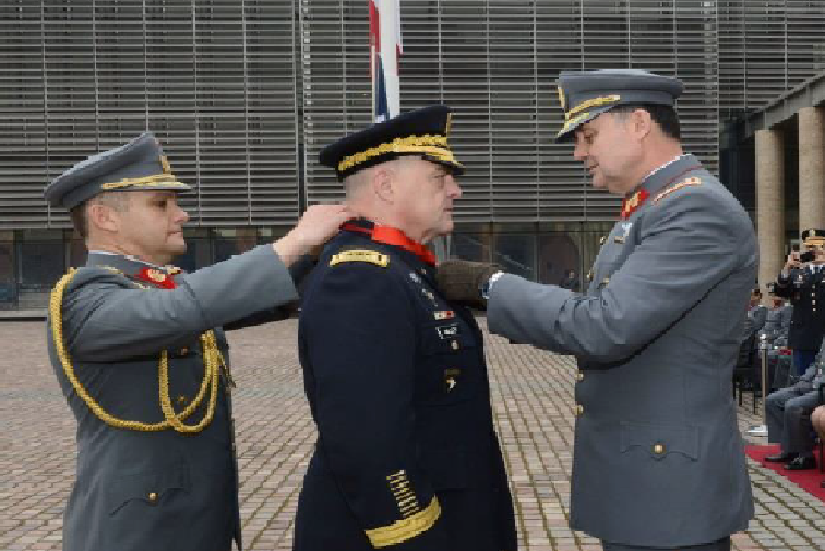 General Mark A. Milley, during a recent visit to Chile, was awarded the “Medalla de la Victoria” by the Chilean Commanding Chief of the Army, General Ricardo Martinez.

The “Victoria Cross” is awarded to those who have contributed to strengthening military relations with the Chilean Army.  General Milley expressed his thanks for the award and during his speech highlighted the similarities in doctrine, capacity, and leadership development between the two institutions.

General Martinez stated that the awarding of the medal was a sign of the solid relations between both institutions, as well as mutual trust, values, and cooperation.