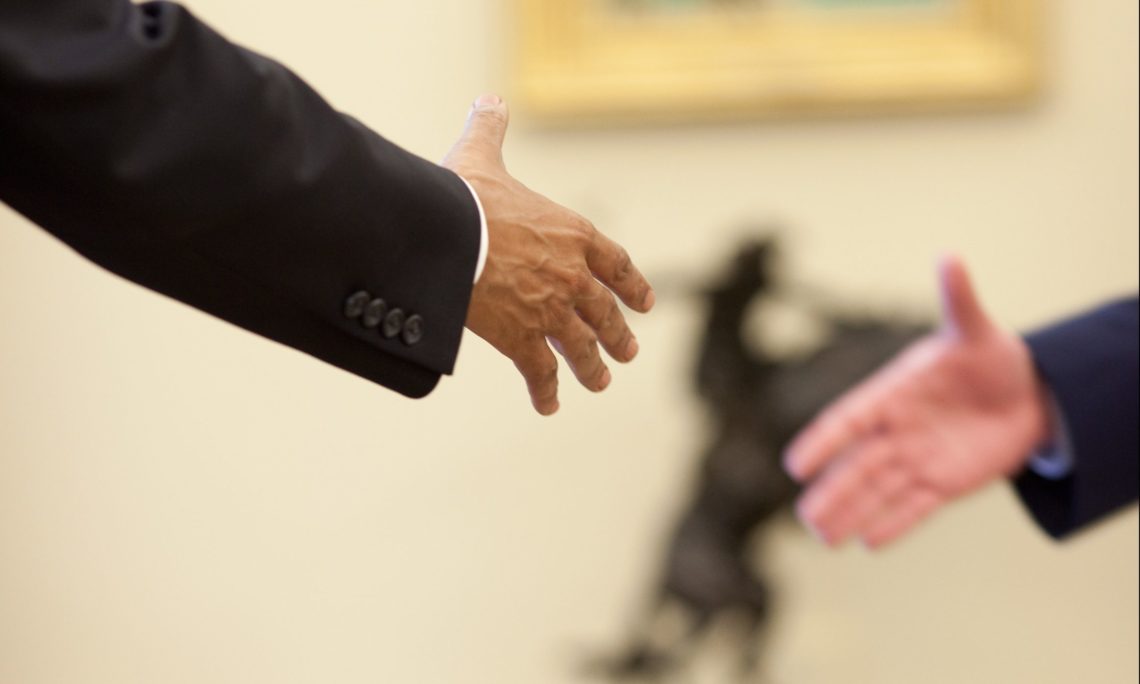 President Barack Obama shakes hands with a White House Military Officer during a departure ceremony in the Oval Office on June 24, 2009. (Official White House Photo by Pete Souza) This official White House photograph is being made available for publication by news organizations and/or for personal

This is a historic day for the people of Colombia.  With the finalizing of a peace agreement between Colombia and the Revolutionary Armed Forces of Colombia, the longest-running war in the Western Hemisphere is coming to an end.  We have witnessed, once again, that a sustained commitment to diplomacy and reconciliation can overcome even the most entrenched conflicts.

This accord is a tribute to the hard work and cooperation of countless Colombian leaders and citizens—across parties and administrations—who painstakingly laid the groundwork for this milestone.  I especially want to commend President Juan Manuel Santos for his courageous leadership during four years of difficult negotiations.  I likewise thank the government of Cuba for hosting these talks, its co-guarantor Norway, and the United States’ Special Envoy, Bernie Aronson, for his contributions to the peace process.

Even as we mark the end of an era of war, we recognize that the work of achieving a just and lasting peace is only beginning.  Yet just as the United States has been Colombia’s partner in a time of war, we will be Colombia’s partner in waging peace.  It is in this spirit that I stood alongside President Santos earlier this year and announced a new chapter in our relationship, Peace Colombia, which will provide a framework to reinforce security gains, reintegrate former combatants into society and extend opportunity and the rule of law.

For generations, too many Colombians have known only a country ravaged by war. Many around the world have viewed Colombia only as a place of conflict.  But as I saw when I visited Colombia four years ago, a remarkable transformation has occurred. Thanks to the strength and spirit of the Colombian people, today’s Colombia is moving toward a future of optimism and hope.  The United States is proud to stand with the Colombian people as they continue on the path to lasting peace and prosperity.