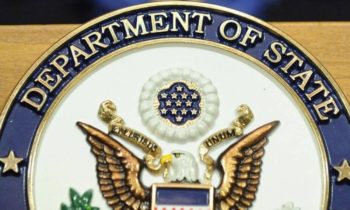 The United States condemns the call by Venezuela’s illegitimate Constituent Assembly for trials of the political opposition, including members of the democratically-elected legislature, on charges of treason and alleged involvement in Venezuela’s economic crisis.

Venezuela’s economic situation is the result of the misguided policies and corruption of the Maduro regime, which bears direct responsibility for the suffering of the Venezuelan people.

This injustice is only the latest in a sustained effort by the Maduro regime to undermine democracy, repress political dissent, and sow fear among its critics. It embodies yet another rupture in Venezuela’s constitutional order and defies the fact that in democracies, ideas and opinions are not crimes.

We call on the Venezuelan government to hold free, fair and internationally monitored elections; disband the illegitimate Constituent Assembly; respect the constitution and the authorities of the National Assembly; provide for the immediate and unconditional release of all political prisoners; and tend to the humanitarian needs of the Venezuelan people.