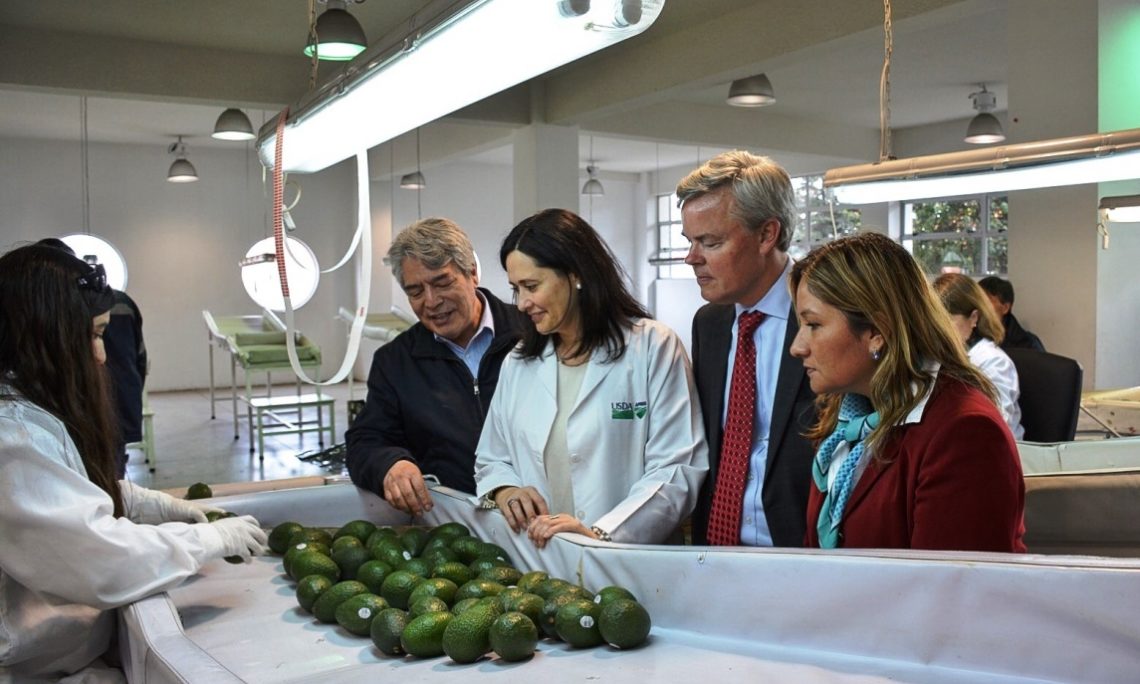 Deputy Chief of Mission Baxter Hunt visited the U.S. Animal and Plant Health Inspection Service (APHIS) Pre-Clearance Valparaiso/ZEAL Inspection Facility October 20, 2017. Chilean commodities are inspected at this site, one of the oldest in the Chilean pre-clearance program, before being shipped to the United States.

Agricultural Attaché Marcela Rondón and DCM Hunt learned about standard inspection protocols for Chilean avocados destined for the United States during their visit.

Chile exports nearly $5.1 billion in fresh fruits to the world and the United States is the largest market for Chilean fruit exports, receiving $2.1 billion worth in fruit in 2016. Originally located in the Valparaíso port, the inspection site first evaluated small volumes of apples and pears when it opened in 1983.

The Pre-Clearance program is made possible through close collaboration between the U.S. Department of Agriculture/APHIS, the Chilean Agriculture and Livestock Services (SAG), and the Chilean Fruit Export Association, ASOEX.