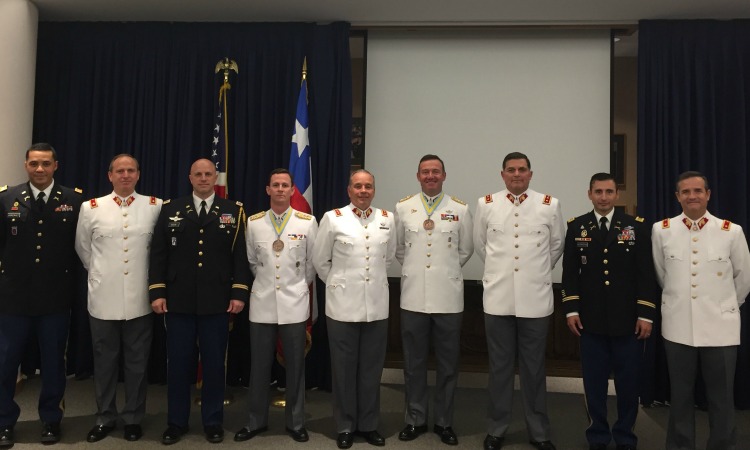 ESMIL conducts various exchanges with U.S. cadets from both West Point and the Reserved Officer Training Corps (ROTC) that provide opportunities to train Infantry skills and influence the future leaders in the U.S. Army Infantry.  U.S. Ambassador Carol Perez and the Commander of the Chilean Army, GEN Oviedo were in attendance at the ceremony.