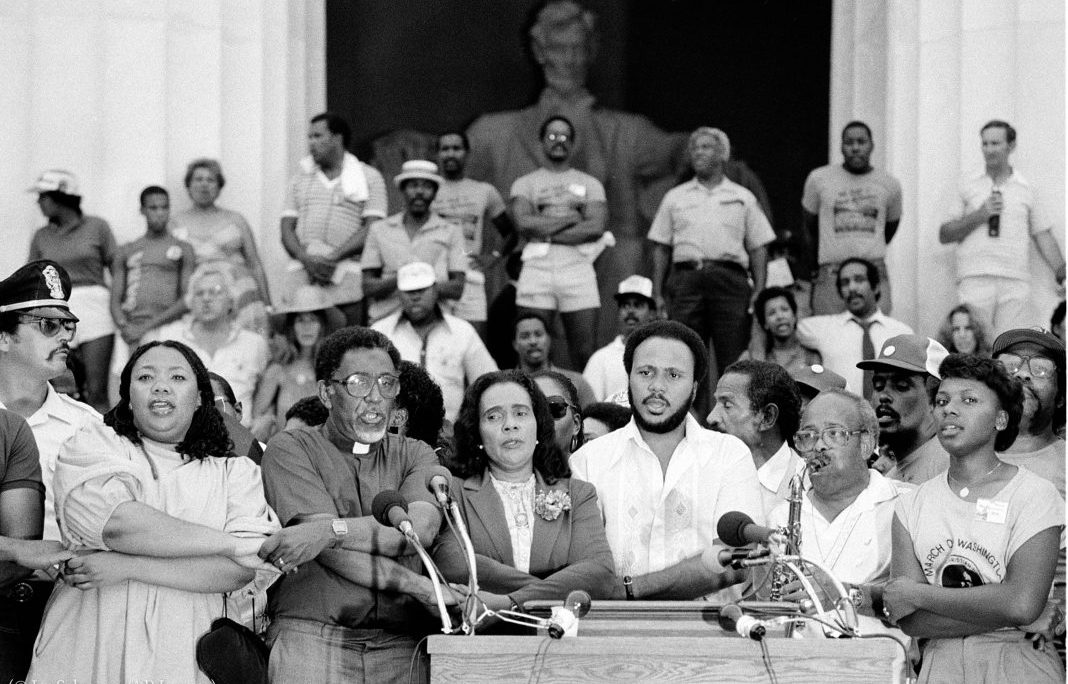 While Martin Luther King Jr. is one of the most famous names of America’s civil rights movement, many others worked alongside him to bring about a more equitable society for African Americans. Here are three women leaders who played important roles in the fight for legal and social change.

Coretta Scott King was more than Martin Luther King Jr.’s wife — she was integral to King’s strategy for the movement. Both were committed to basing the civil rights movement on peaceful protest and community organization. In addition, Scott King was trained as a classical singer and hosted concerts in the South that began dialogues about racial inequality, helped build support and raised funds for the movement.

After King’s death, Scott King continued her husband’s work and shaped his legacy. Scott King was a fierce opponent of apartheid action in South Africa and continued to lead peaceful protests for racial equality. She also established The King Center in Atlanta in 1968 to preserve the history of the movement. Today, the center is a registered National Historic Site and educates thousands of visitors each year about King and civil rights.

Dorothy Cotton was a founding member of the Southern Christian Leadership Conference (SCLC) in 1957 with King, Wyatt T. Walker and Jim Wood.

Over the next decade, the SCLC was a center of civil rights activism, organizing nonviolent protests across the South that called for the desegregation of public spaces.

Through her work as the director of SCLC’s Citizenship Education Program, Cotton educated African-American communities about voter registration and taught nonviolent protest tactics. She described her job as helping “people realize that they have within themselves the stuff it takes to bring about a new order.” She frequently corresponded with King and accompanied him to Oslo, Norway, when he accepted the Nobel Peace Prize in 1964.

Many know about Rosa Parks’ involvement with the Montgomery bus boycott, but few remember Jo Ann Robinson’s organizational efforts behind the scenes.After Parks was arrested for refusing to give up her bus seat in 1955 to a white passenger, Robinson mobilized 52,000 people to protest Alabama’s public bus segregation laws. The boycotts lasted a year and eventually led to desegregation across the South. Risking arrest, Robinson not only organized the boycotts, she participated in them.

In her memoir, Robinson said, “The boycott was the most beautiful memory that all of us who participated will carry to our final resting place.” King praised Robinson’s organization of the boycott and recognized her involvement on every level of the protest.