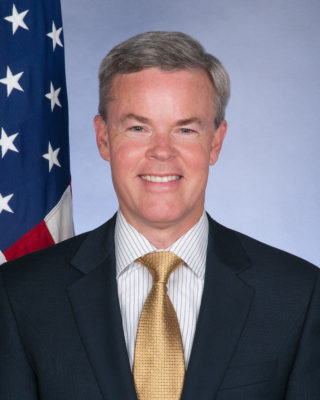 Mr. Hunt also served as Special Assistant to the Under Secretary of State for Political Affairs. Prior to entering the Foreign Service, Mr. Hunt was a Presidential Management Intern working in the State Department, the Department of Defense and the National Security Council.

Mr. Hunt received an M.P.A. from the Woodrow Wilson School at Princeton University, and a B.A. from the University of North Carolina.  He and his wife, Deborah Derrick, have three grown children, Stephanie, James and Lindsey.