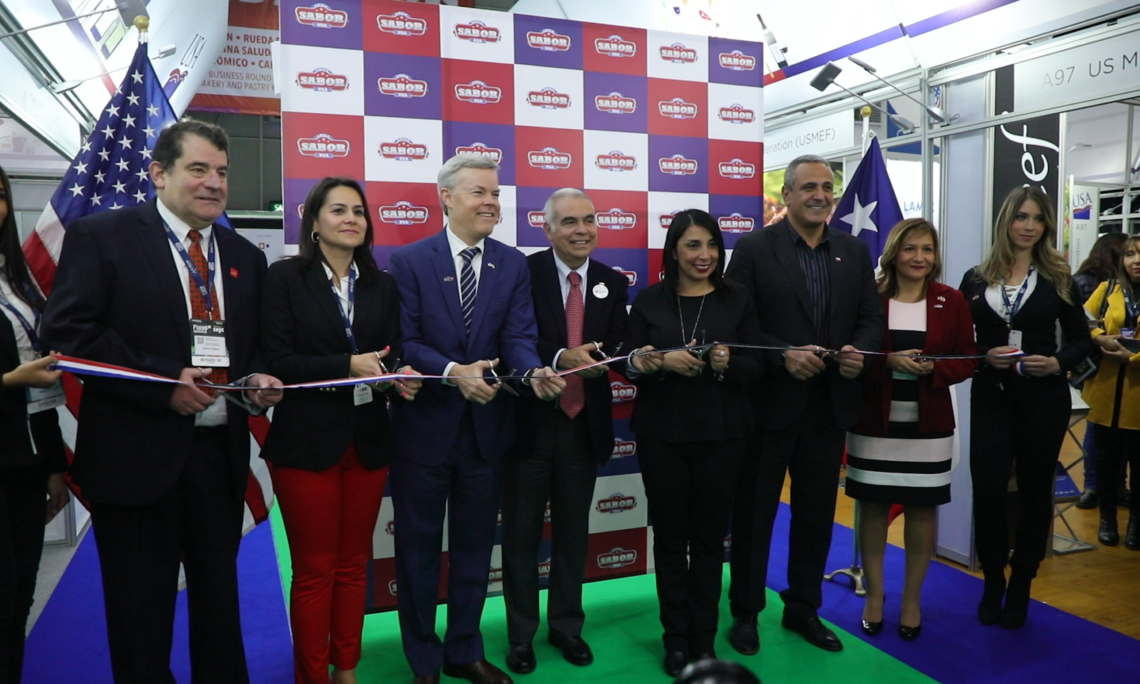 The United States was the invited country of honor at this year’s Espacio Food and Service trade show, bringing a 45-member delegation of  U.S. companies to participate in the show.  U.S. Chargé d’Affaires Baxter Hunt was invited to make opening remarks at the inauguration of the event, where he lauded the U.S.-Chile Free Trade Agreement, currently in its 15th year, as a major contributor to the vibrant commercial relationship between the United States and Chile.

“Our commercial relationship is particularly impressive not just for the volume, but also the diversity of U.S. foods that are available in the Chilean market,” Chargé Hunt remarked.  He also noted that Chile is the second most important destination for U.S. products in South America, with $638 million in imports over the last year.  After the opening event, the Charge led the ribbon cutting ceremony at the U.S. pavilion and toured the space together with Chilean officials, enjoying a sampling of delicious U.S. products from U.S. exhibitors.  The show is open from September 10-12.  To learn more about U.S. food products available in Chile, follow @SaborUSAChile on Facebook.