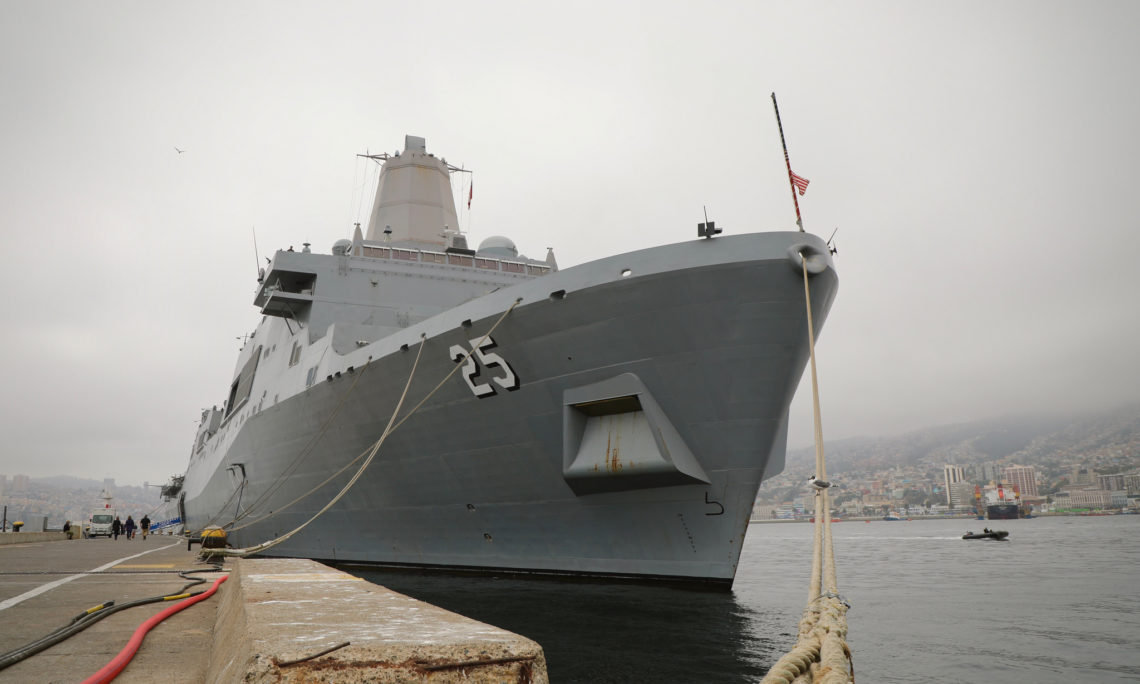 The ships will participate in festivities celebrating the bicentennial of the Chilean Navy and in the 11th International Maritime and Naval Exhibition and Conference for Latin America (EXPONAVAL).

Sponsored by the Chilean Ministry of Defense and the Chilean Navy, EXPONAVAL is the major naval exhibition for Latin America on the Pacific coast. The four-day event focuses on naval defense and maritime security issues.

“The Chileans have a rich naval tradition,” said Capt. Ken Coleman, commodore, Littoral Combat Group One. “As proud partners, we feel fortunate for this opportunity to work alongside our fellow Sailors.”

The partnership between the U.S. and Chile reflects the enduring friendship and solidarity between the United States and the nations of the Americas, who routinely work together to support security and stability in the region.

As part of EXPONAVAL 2018 and the celebration of the Chilean Navy’s 200th anniversary, Somerset and Wayne E. Meyer will participate in a parade of ships on Dec. 2 and a reception hosted aboard Somerset.

At the conclusion of the in port period, the ships will get underway to participate in an array of multi-nation naval training exercises to include various types of ship handling, communications exercises, passenger transfers and gunnery exercises.

USS Somerset is a San Antonio-class amphibious transport dock ship, based out of Naval Base San Diego. USS Wayne E. Meyer is an Arleigh Burke-class guided-missile destroyer based out of Joint Base Pearl Harbor–Hickam (JBPHH).