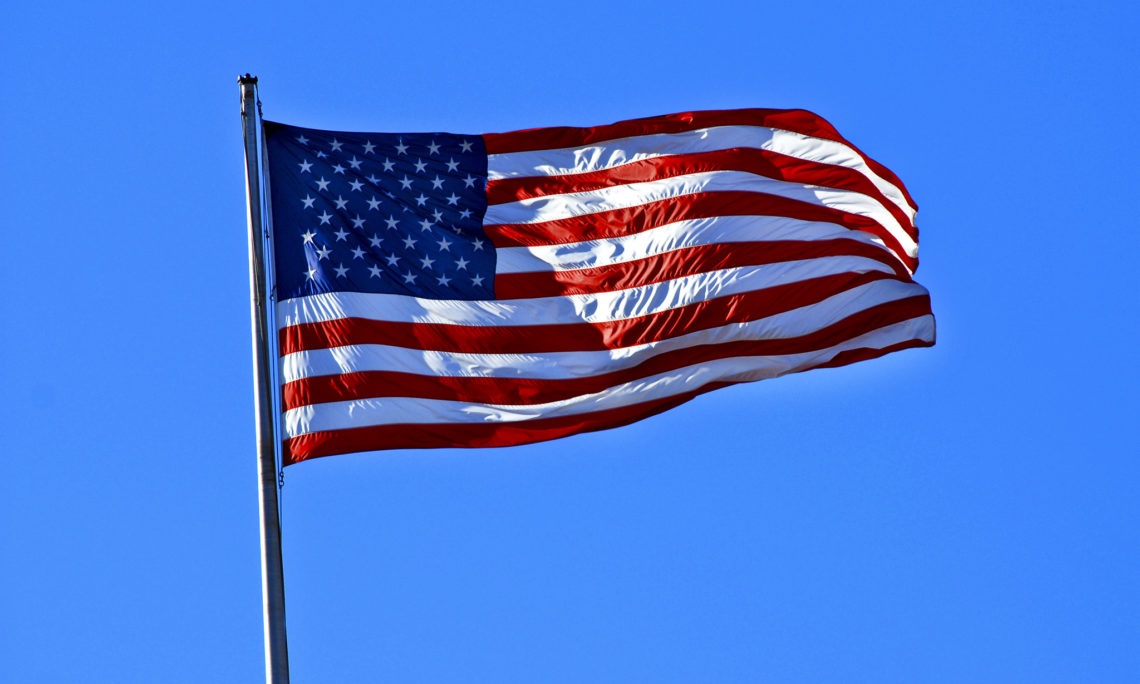 On May 30, 1916, President Woodrow Wilson issued a presidential proclamation establishing a national Flag Day on June 14. Many Americans celebrate Flag Day by displaying the Red, White and Blue in front of homes and businesses. The day commemorates the adoption of the Stars and Stripes as the official flag of the United States.

Do you know the flag’s history? According to American legend, in June 1776, George Washington commissioned Betsy Ross, a Philadelphia seamstress, to create a flag for the new nation in anticipation of a declaration of its independence.

On June 14, 1777, John Adams spoke about the flag at a meeting of the Continental Congress in Philadelphia. He said, “Resolved, that the flag of the thirteen United States shall be thirteen stripes, alternate red and white; that the Union be thirteen stars, white on a blue field, representing a new constellation.” There have been twenty-seven official versions of the flag so far; stars have been added to it as states have entered the Union. The current version dates to July 4, 1960, when Hawaii became the 50th state.