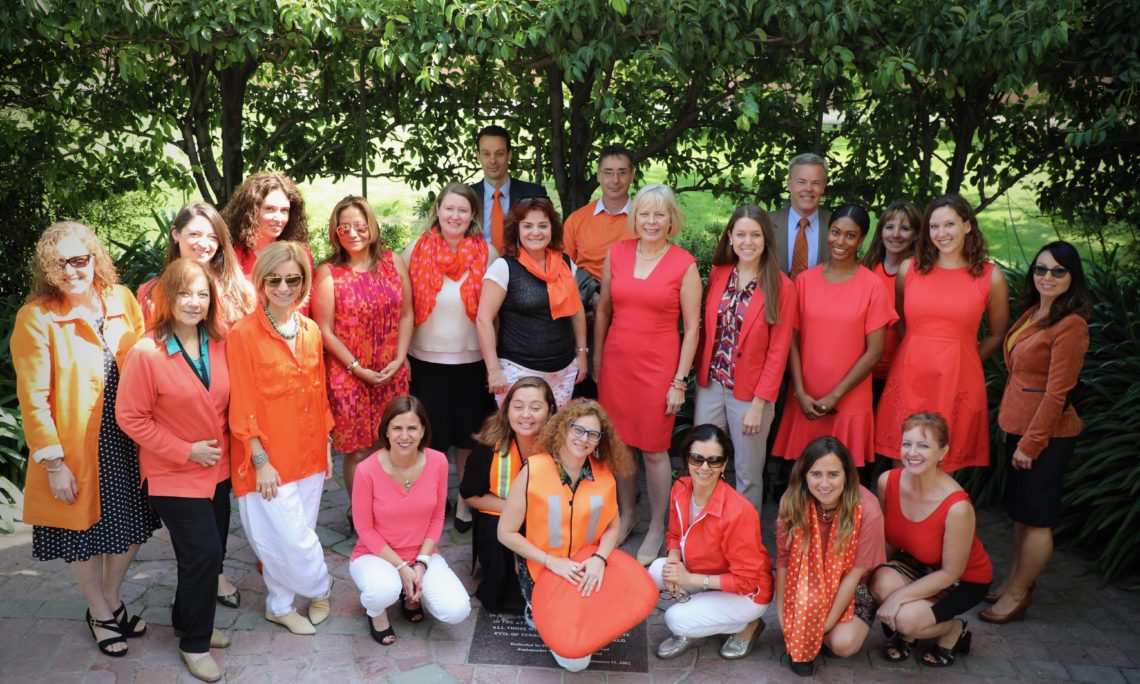 Ambassador Carol Perez and her team are painting the world orange in support the UN campaign 16 Days of Action Against Gender-Based Violence. While the campaign ends today, on International Human Rights Day it’s an issue we care about all year round.

The International Day for the Elimination of Violence against Women and the ensuing 16 Days of Activism against Gender Violence are commemorated every year around the world to raise awareness and trigger action on this pervasive human rights violation.

The 16 Days of Activism against gender-based violence is an international campaign that commences on 25 November – the International Day for the Elimination of Violence against Women – and ends on 10 December, Human Rights Day. It was originated by activists and continues to be coordinated each year by the Center for Women’s Global Leadership. The UN supports this civil society-led campaign through the “United Nations Secretary-General’s UNiTE to End Violence against Women Campaign (UNiTE)”. In recent years, the UNiTE campaign has utilized the colour orange to represent a brighter future, free from violence against women and girls, as a unifying theme running through all of its global activities.

In 2018 the theme of the global campaign is violence in the world of work. The UNiTE Campaign’s global advocacy theme is: Orange the World: #HearMeToo. This is because in recent years the voices of survivors and activists, through campaigns have reached a crescendo that cannot be silenced any more. It is the time to bring the stories of women and girls up to light.

Making our voices heard, our experiences known is the first step to affect change.  Social movements, including around sexual harassment in the workplace, have proven to be a force for change.  These have made visible the shocking magnitude of violence against women and sexual harassment in the workplace and resulted into the resolve of innumerable private and public businesses to adopt legal and policy frameworks to put an end to it. Importantly, these movements have also led to debates in the streets, in schools, in workplaces, at home.It is the willingness to question deeply held beliefs about sexuality, consent and power, that can unsettle the societal norms that still normalize – and even justify – gender-based violence.