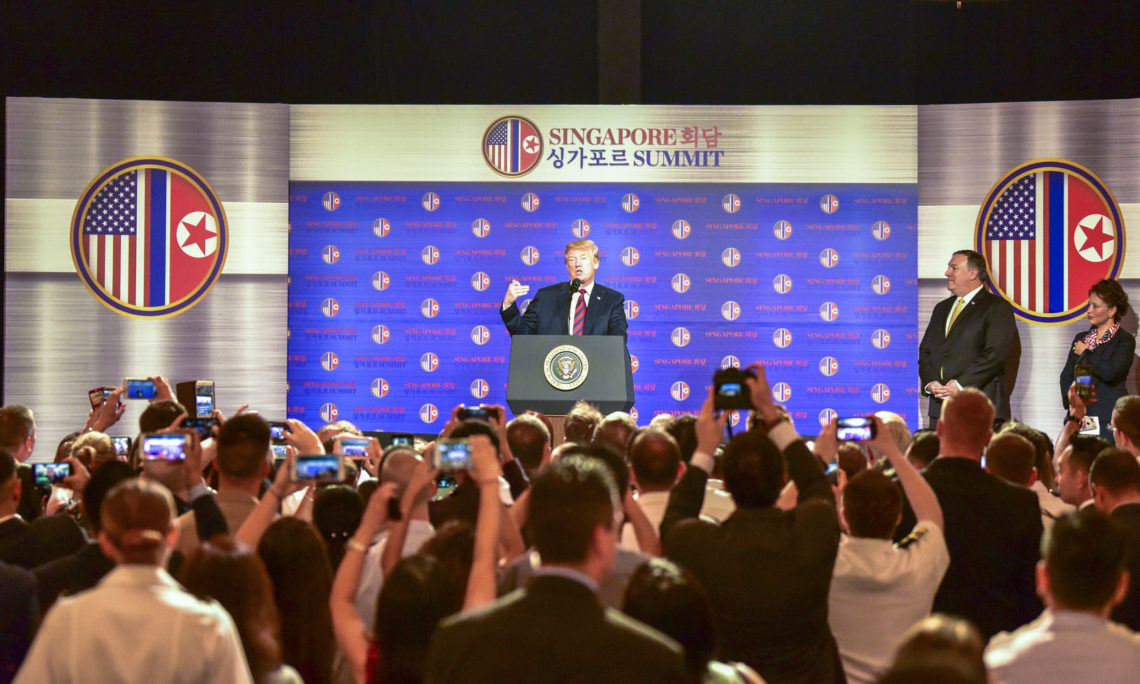 “The denuclearization of the Korean Peninsula would usher in a new era of prosperity, security and peace for all Koreans — North and South — and for people everywhere,” President Trump said in a June 7 press conference after meeting with Japanese Prime Minister Shinzō Abe at the White House.

On June 12, Trump will meet North Korea’s Kim Jong Un at a hotel on Singapore’s Sentosa Island. The location has been secured for the two leaders’ arrival.

At the June 7 press conference, President Trump thanked Prime Minister Abe, saying, “Our partnership has been invaluable in reaching this important moment, and we will continue to be in close communication in the weeks ahead.” Trump also thanked South Korea’s President Moon Jae-in for his help.

In a briefing at the White House later that day, U.S. Secretary of State Mike Pompeo said, “President Trump is hopeful, but he’s also going into this summit with his eyes wide open.”

“We’ve seen how many inadequate agreements have been struck in the past. And you can be sure that President Trump will not stand for a bad deal,” the secretary said.

Pompeo said that throughout the process, the United States has been unified with Japan and South Korea in response to the threats from North Korea. He said he believes North Korea shares a more positive vision for the future.

“We’re looking forward to being in Singapore in just a few days,” Pompeo said.

For more information, please go to the ShareAmerica´s offical website.

To read the joint statement of President Trump and Kim Jong Un of North Korea at the Singapore Summi, please go to the White House official website.