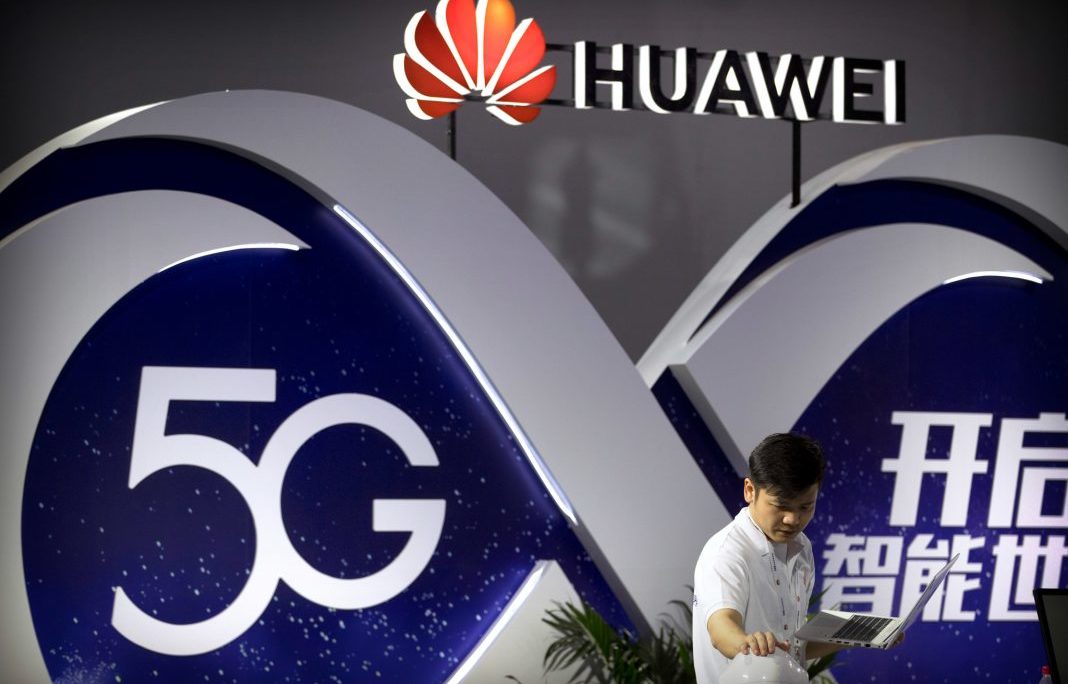 The telecom company Huawei wants to install its 5G equipment in networks worldwide. Since many are uneasy about the company, Huawei is aggressively spreading misleading and false information about its technical capabilities, ownership, and legal obligations to the People’s Republic of China (PRC) and Chinese Communist Party (CCP). Huawei cannot be trusted to tell the truth or protect the interests of others, and it should not be trusted with the vital security of 5G networks.

MYTH #1: It is the cheapest.  FACT: Huawei is subsidized by the PRC—for a reason—but others are priced competitively.
• Beijing’s state-backed banks provide tens of billions of dollars in subsidized financing to Huawei so the PRC can gain access to foreign markets and achieve strategic global dominance.
• Huawei’s efforts to monopolize the 5G market have worrisome implications in terms of eliminating competition, controlling supply chains, and manipulating pricing
• Samsung, Ericsson, and Nokia all provide high-quality 5G infrastructure at comparable prices, without the threat of authoritarian overreach.
• Long-term costs of fixing Huawei software and security flaws undermines any initial savings.
• China is not a member to the WTO Agreement on Government Procurement and does not abide by the agreement’s principles of openness, transparency, and non-discrimination.
• Within China, the PRC severely restricts foreign companies from accessing the largest single telecom market in the world, China’s domestic market.
• Ericsson and Nokia have seen their market share in China plummet over the last decade.

MYTH #2: It is the most advanced.  FACT: Huawei lags in patent relevance and value.
• Huawei has applied for the largest number of patents, but this fact is misleading.
o When assessed for essentiality—the degree to which each patent application is actually essential to 5G—Huawei falls behind Ericsson, Samsung, Nokia, and Qualcomm.
o When assessed by jurisdiction, or the number of patents filed in Europe and the United States, Huawei falls even further behind additional competitors like Sharp, Intel, and LG.
o When assessed by the number of granted patents, Huawei trails Nokia, Samsung, and LG.
• Ericsson, Nokia, and Samsung each have similar abilities to build out 5G networks end-to-end, without use of Huawei’s technology.

MYTH #3: It shares our values.  FACT: Huawei’s actions are incompatible with democratic values.
• Huawei says that it shares our values of individual rights, privacy, rule of law, and sovereignty.
• But Huawei’s actions suggest otherwise—it actively supports authoritarian regimes, intellectual property theft, and surveillance used to control China’s population and repress minorities.
• As Huawei’s top executive said in 2018, “We have our own value system.” He also publicly admitted that Huawei is not in compliance with the EU’s General Data Protection Regulation (GDPR) and would not be for at least another five years.

MYTH #4: It always protects the interests of its customers and business partners.  FACT: Huawei has a track record of spying, stealing, and supporting authoritarian regimes.
• Legal cases against Huawei for intellectual property theft have been filed by Motorola, Nortel, Cisco, and many others. Huawei settled some cases by paying restitution and admitting guilt.
• Huawei was found guilty by a jury of stealing trade secrets from T-Mobile in 2017.
• Huawei allegedly pays bonuses to staff for stealing trade secrets from competitors.
• Huawei has reportedly sold technologically advanced equipment, in violation of sanctions, to the repressive regimes of Iran, North Korea, and Syria.
• Huawei technicians have reportedly helped African governments spy on political opponents.

MYTH #5: Networks using Huawei’s 4G must use its 5G, or face prohibitive costs and delays.  FACT: Huawei equipment can easily be replaced over time.
• Huawei has spread the false notion that those using Huawei 4G infrastructure must buy Huawei’s 5G, or face extraordinary expenses and delays to “rip and replace” with another vendor.
• Existing Huawei 4G can be replaced easily over time during normal lifecycle maintenance.
• The true cost of replacing existing Huawei radio access equipment across Europe is estimated to be only $3.5 billion—that’s $7 per mobile subscriber—and will not meaningfully delay 5G rollouts or impact the price of new 5G deployments.

MYTH #6: It is a victim of the U.S.-China “trade war.”  FACT: None of the alternatives to Huawei are U.S. companies.
• No American company currently offers 5G end-to-end network solutions. Security concerns expressed by the United States are truly about ensuring our shared security.
• Alternative suppliers of end-to-end solutions are headquartered in democracies that offer rule of law and judicial protections to prevent government overreach: Ericsson (Sweden), Nokia (Finland), and Samsung (South Korea).

MYTH #7: Shared code and “no-spy” agreements would make it safe.  FACT: Huawei’s promises are pure theater.
• Even countries that currently work with Huawei say they cannot replicate its source code and would have no way of knowing whether Huawei tells the truth about its 5G products.
• Huawei can change its 5G source code at any time to add “backdoors” or “kill switches” with rapidly deployed updates that cannot realistically be monitored by humans or machines.
• No matter what promises Huawei makes, the PRC’s National Intelligence Law and Cybersecurity Law requires its secret cooperation with PRC requests—to include release of sensitive client data.
• Also as required of every company in China, a branch of the CCP is nested within Huawei’s corporate structure.

MYTH #8: It is an independent company, free from government interference.  FACT: Huawei has deep ties to the Chinese Communist Party and military.
• Huawei does not permit external audits, so the true health of the company—including sales and profits—cannot be objectively verified.
• The true identity of 99% of Huawei’s ownership and its actual operating procedures are a closely-held secret, known only to a handful of people inside of China.
• Huawei claims it is owned by its employees via a trade union, but all trade unions in China are effectively state-owned.
• Huawei and its employees often collaborate with the PRC’s People’s Liberation Army.

MYTH #9: Blocking it will harm competition and slow 5G rollout.  FACT: Countries should not rush to failure when alternatives to Huawei are readily available.
• Huawei has promoted the false narrative that banning it would lead countries to “fall behind.”
• Other companies currently possess the capacity and scale to fill market demands by providing comparable or better-quality 5G equipment.
• 5G technology is in its infancy—network hardware and software will rapidly evolve and improve as use cases (such as autonomous vehicles and smart manufacturing) are developed.
• Continuing to allow Huawei to leverage anti-competitive practices to undercut competition will harm fair markets far more than banning it.
________________________________________
View Original Content: https://policystatic.state.gov/uploads/2019/12/5G-Myth_Fact4.pdf