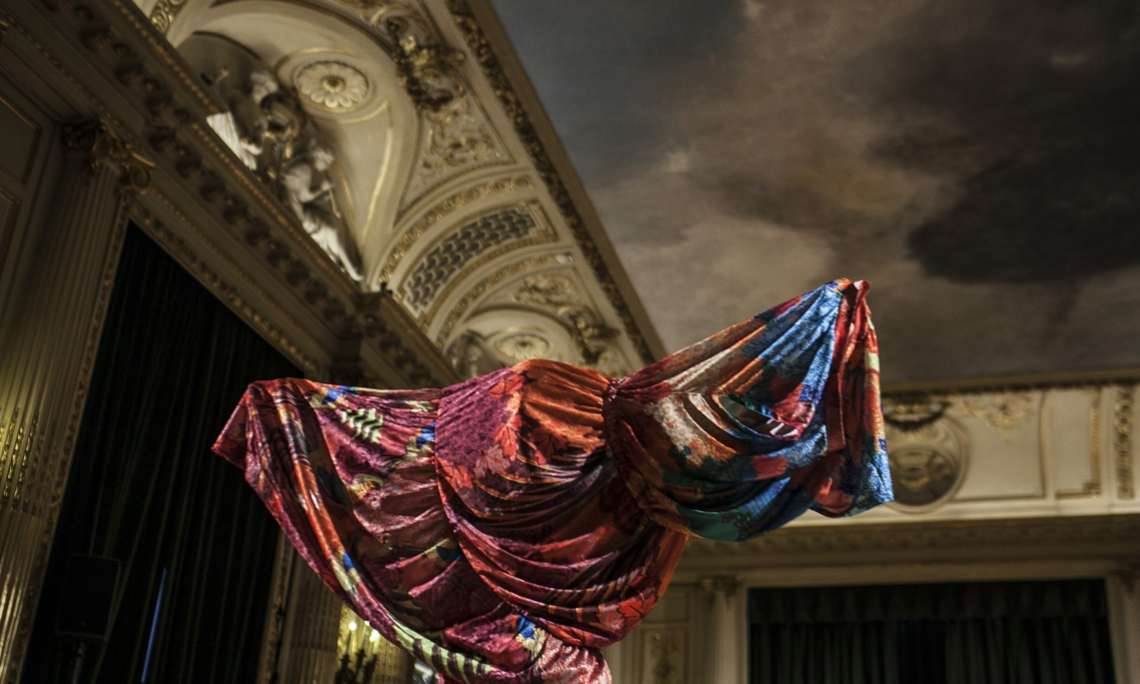 American dance company, Tickle the Sleeping Giant, led by choreographer Trajal Harrel, performs its work “Twenty Looks or Paris is Burning at the Judson Church” January 7, 8, and 9 in the GAM Cultural Center during the International Festival of Theater “Santiago a Mil.”The group, originally from New York, is characterized by a style that is innovative, provocative, and extravagant — in which movement flows restlessly, and transforms and transgresses in its search for answers.

Choreographer Trajal Harrel graduated from Yale University and has presented his rapturous vision on a diverse set of stages. His works are always oriented around the same focus: to conceptualize what a fusion between the postmodern dance of Judson Church—founded by renowned choreographer Trisha Brown—and voguing (a dance that takes the movements of runway models, who in the sixties symbolized rebellion and class warfare, and where the codes of fashion were challenged) would have been like.

The work that brings Harrel’s dance company to Santiago, with the co-sponsorship of the U.S. Embassy in Chile, is an original piece by the group called “Antigone Sr.” The showpiece exhibits a rather theatrical choreography that includes parliaments, and where voguing is presented in the face of Hellenic culture. In the piece, the five dancers—of which Harrell is one—take the work of Sophocles as a platform for exploring the femininity of the Greek figure and showing through her figure the inequality, politics, and contemporary popular nexus through which voguing becomes park of the Greek essence.