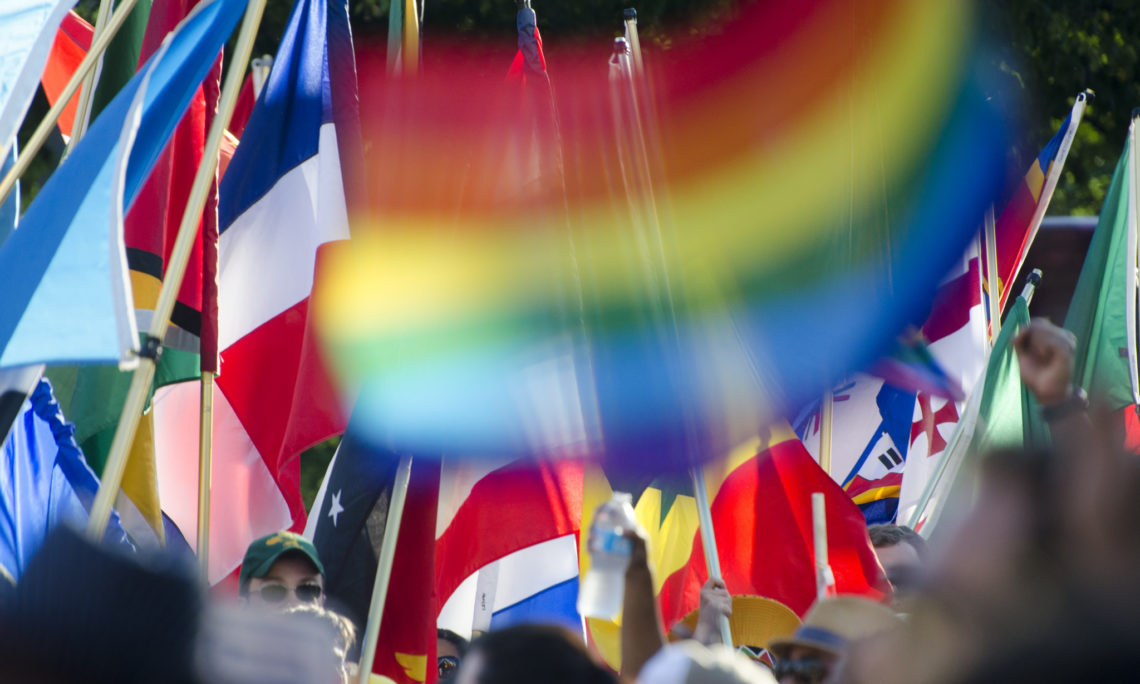 The Governments of Argentina, Brazil, Canada, Chile, Colombia, Mexico, the United States, and Uruguay, the founding members of the OAS LGBTI Core Group,

Having met on the margins of the 46th Regular Session of the OAS General Assembly in Santo Domingo,

Recalling that, in its 2015 Report on Violence Against LGBTI Persons, the Inter-American Commission on Human Rights (IACHR) noted that “LGBTI persons, or persons perceived as such, are subject to various forms of violence and discrimination based on the perception of their sexual orientation, gender identity or expression” and that “these situations of violence and discrimination are a clear violation of their human rights, as recognized by international and inter-American instruments on human rights”,

– Celebrate the progress many OAS member states have made to promote and protect the human rights of LGBTI persons, and build upon and share that progress across the region; and

– Support regional and OAS efforts aimed at ensuring that all human beings are able to live free from violence and discrimination on the grounds of sexual orientation or gender identity or expression, acknowledging the importance of addressing multiple and overlapping forms of discrimination.

With the above in mind, we look forward to deepening our collaboration at the OAS on issues impacting LGBTI persons so as to enhance dialogue, cooperation, and the sharing of best practices at regional and multilateral levels, recognizing also the various efforts and developments undertaken by and in member states. Furthermore, we encourage and welcome the participation of other interested OAS member states in the membership and activities of the Core Group. We also look forward to collaborating with civil society organizations and other social actors as we seek to further shared goals. Our commitment in these areas is firm and will remain so.

We recognize the first commemoration of the International Day Against Homophobia, Transphobia, and Biphobia (IDAHOT) at the OAS Permanent Council in May 2016 and look forward to participating in the “Global LGBTI Human Rights Conference” to take place in Montevideo, Uruguay in July 2016, as a forum to promote and protect the human rights of LGBTI persons. May the tragic shooting in Orlando underscore the urgency and the imperative to work together to prevent discrimination, violence, and hate against LGBTI persons or any other historically marginalized group.

(Released by the Governments of Argentina, Brazil, Canada, Chile, Colombia, Mexico, the United States, and Uruguay in the context of the 46th Regular OAS General Assembly, held in Santo Domingo, the Dominican Republic, June 15, 2016).