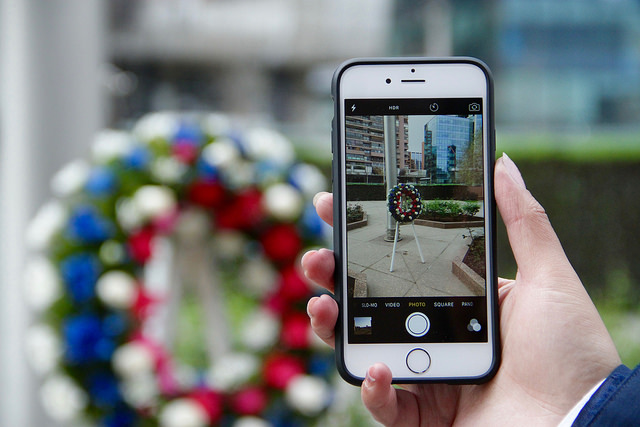 During National Days of Prayer and Remembrance, our Nation recalls the nearly 3,000 innocent people murdered on September 11, 2001.  As we reflect on our sorrow and our grief, we come together to pray for those who lost loved ones.  As a Nation, we pray that the love of God and the comfort of knowing that those who perished are forever remembered brings them peace and gives them courage.

We pause to remember that tragic morning, when our homeland endured unprecedented attacks.  As we watched smoke billow from the World Trade Center, we prayed for the safety of our fellow Americans, and we reached out to help, however we could.  Now, during these days of prayer and remembrance, we remind ourselves of the lives — mothers, fathers, sons, and daughters — lost at the World Trade Center, at the Pentagon, and aboard United Flight 93 when it crashed near Shanksville, Pennsylvania.  We also honor the brave first responders who rushed into crumbling buildings, risking their own lives to rescue others.  More than 400 first responders lost their lives in those efforts, so that others would not perish.

Today, a single tree stands near the base of what was once the Twin Towers of the World Trade Center, having survived that fateful day 16 years ago.  This tree, the “Survivor Tree,” stands as a living testament to our national character of triumph.  Like the Survivor Tree, we continue to stand tall and strong as one Nation.  Try as they might, terrorists will never defeat our resilient American spirit.

We also pause to pray for those who fight today and every day to protect our country from terrorism.  Those who commit acts of terror only have power if we choose to fear.  In remembrance of September 11, 2001, Americans reveal their courage, strength, and resolve.

IN WITNESS WHEREOF, I have hereunto set my hand this eighth day of September, in the year of our Lord two thousand seventeen, and of the Independence of the United States of America the two hundred and forty-second.