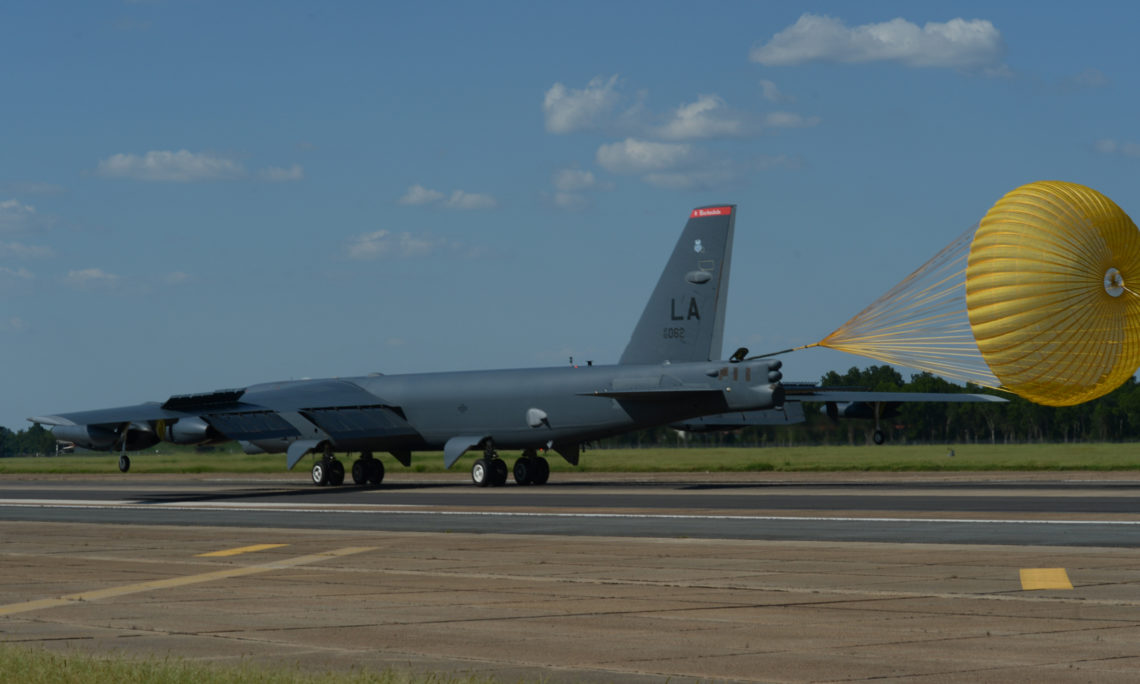 A B52-H Stratofortress lands on Barksdale Air Force Base, La., after a 15-and-a-half hour flight in the U.S. Southern Command area of responsibility Aug. 12, 2014. The long-range reconnaissance mission was part of a scenario to defend the Panama canal from myriad threats during the USSOUTHCOM-spons

MIAMI—Panamax, an annual U.S. Southern Command-sponsored multinational exercise focused on ensuring the security of the Panama Canal and the surrounding region, kicks off Friday 29 at multiple U.S. military bases and in Santiago, Chile.

This year’s exercise includes significant firsts: each of the land, sea, and air commands will be led by Chile, Peru and Colombia, respectively. In addition, Brazil will serve as the Overall Deputy Commander of the Multinational Force.

Nineteen nations will join the United States during the seven-day exercise and will use simulations to command and control multinational notional sea, air, cyber and land forces defending the vital waterway and surrounding areas against threats from violent extremism and to provide for humanitarian relief, as necessary.

“The most significant aspect about this year’s Panamax is not its size, focus, or longevity.  It’s that for the first time ever, all of the multinational component commands will be led by our capable partners of Chile, Colombia, and Peru, with Brazil serving as the Overall Deputy Multinational Force Commander,” Tidd added.

Panamax has evolved over the years and now includes training for many of the 21st-century threats encountered in today’s land, sea, air and cyber environments. The exercise aims to increase the ability of nations to work together, enable assembled forces to organize as a multination task force and test their responsiveness in combined operations.

The Panama Canal is considered one of the most strategically and economically crucial pieces of infrastructure in the world. Six percent of the world’s trade travels through the canal every year, accounting for roughly 400 million tons of goods. It is crucial to the free flow of trade worldwide, officials noted, and the region’s economic stability is largely dependent on the safe transport of several million tons of cargo through the canal each year.

U.S. Southern Command is one of the nation’s six geographically focused unified commands with responsibility for U.S. military operations in the Caribbean, Central America and South America.