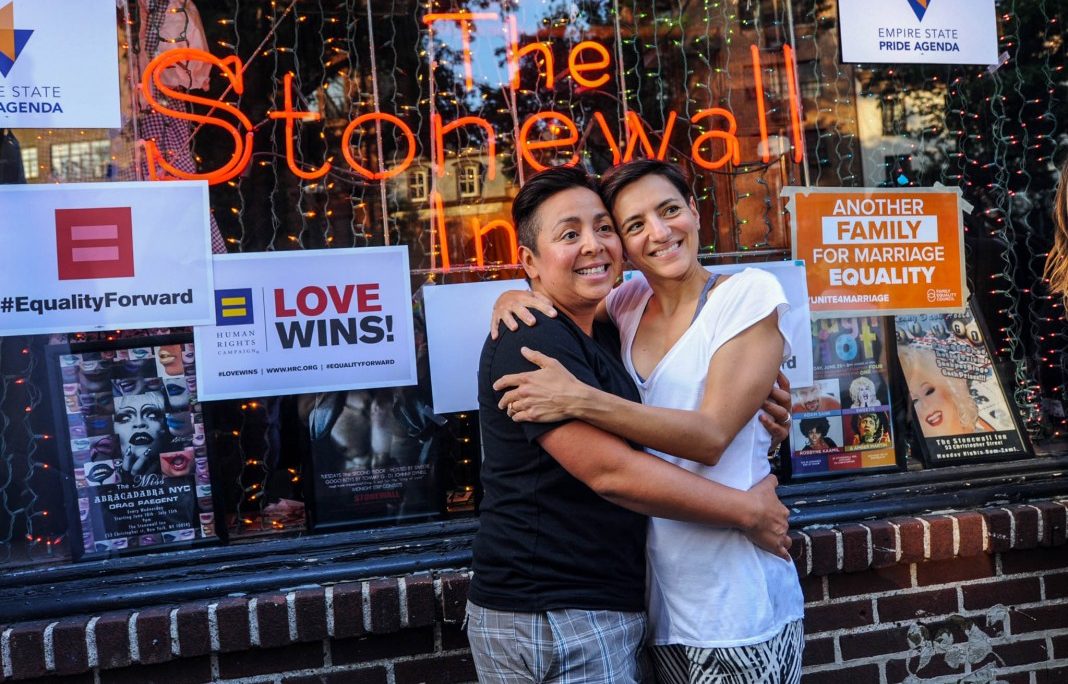 President Obama designated a new national monument at the historic site of the Stonewall Uprising in New York City to honor the broad movement for LGBT equality. The new Stonewall National Monument will protect the area where, on June 28, 1969, a community’s uprising in response to a police raid sparked the modern LGBT civil rights movement in the United States.

Today’s designation follows years of strong support from local officials, organizations, members of Congress and citizens in New York City and across the country, as demonstrated recently at a public meeting held in New York City in May. The National Park Foundation is also today announcing that it will support the establishment of a local Friends Group to support the monument and that it will work with local and national organizations and the community to raise funding for dedicated National Park Service personnel, a temporary ranger station and visitor center, research and materials, exhibits, community outreach, and public education.

On June 28, 1969, the Stonewall Inn, one of the most frequented LGBT bars in the city, was raided by the New York City Police Department to enforce a law that made it illegal to sell alcoholic drinks to “homosexuals.” Customers and their allies resisted the police by refusing to show identification or go into a bathroom so that a police officer could verify their sex, and a crowd gathered outside. As word spread, the gathering grew in size and a riot ultimately ensued. Within days, Stonewall seemed to galvanize LGBT communities across the country, with LGBT activists organizing demonstrations to show support for LGBT rights in several cities. These events, which are now often referred to as the Stonewall Uprising, are widely considered to be a watershed moment when the LGBT community across the nation demonstrated its power to join together and demand equality and respect.

Although the LGBT civil rights movement has made significant progress in the pursuit of equal rights and protections under the law, there is still more work to do. As seen two weeks ago in Orlando, FL, LGBT Americans continue to face acts of violence, discrimination, and hate. LGBT people of color are especially at risk. The Administration is committed to continuing the fight for dignity, acceptance and equal rights for all Americans — no matter who they are or who they love.