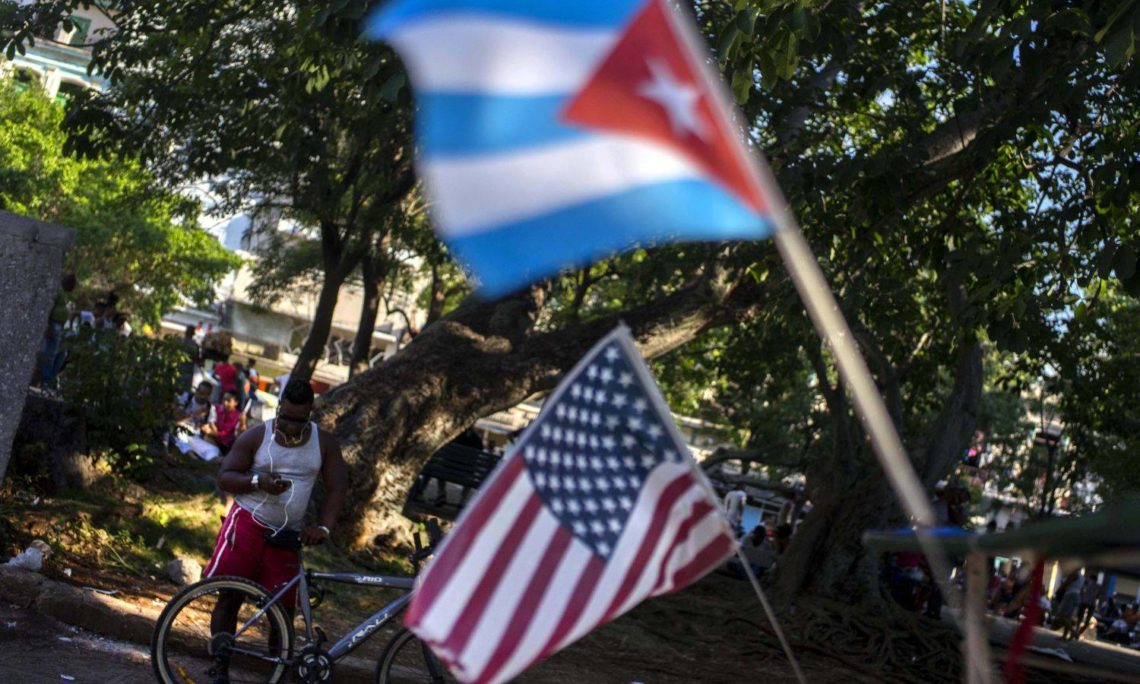 President Obama said, “Today, I am proud to nominate Ambassador Jeffrey DeLaurentis to be the first U.S. Ambassador to Cuba in more than 50 years. Jeff’s leadership has been vital throughout the normalization of relations between the United States and Cuba, and the appointment of an ambassador is a common sense step forward toward a more normal and productive relationship between our two countries. There is no public servant better suited to improve our ability to engage the Cuban people and advance U.S. interests in Cuba than Jeff.  A career member of the Senior Foreign Service, Jeff has extensive experience in Cuba and Latin America.

He has served as our Chief of Mission in Havana since August 2014, and was posted to Havana twice before.  Jeff is already working with Cuba on issues that advance U.S. national interests, such as law enforcement, counternarcotics, environmental protection, combatting trafficking in persons, expanding commercial and agricultural opportunities, and cooperation in science and health.  He engages broadly with the Cuban people and expresses the United States’ strong support for universal values and human rights in Cuba.  Jeff also has extensive experience working with the United Nations.  During his most recent service at the U.S. Mission to the United Nations he served for three years as Ambassador, Alternate Representative for Special Political Affairs.

Having an ambassador will make it easier to advocate for our interests, and will deepen our understanding even when we know that we will continue to have differences with the Cuban government.  He is exactly the type of person we want to represent the United States in Cuba, and we only hurt ourselves by not being represented by an Ambassador.  If confirmed by the Senate, I know Jeff will build on the changes he helped bring about to better support the Cuban people and advance America’s interests.

Since beginning his State Department career in 1991, Ambassador DeLaurentis has served in a number of overseas posts, including twice before in Havana, first as consular officer from 1991 to 1993, then as Political-Economic Section Chief from 1999 to 2002.  He also served as Political Counselor at the U.S. Mission to the United Nations in Geneva, and Political Counselor at the U.S. Embassy in Bogota.  In Washington, Ambassador DeLaurentis served as Executive Assistant to the Under Secretary of State for Democracy and Global Affairs, Special Assistant to the Assistant Secretary of State for Western Hemisphere Affairs, Director of Inter-American Affairs at the National Security Council, and as an International Relations Officer in the Bureau of International Organization Affairs.  Prior to entering the Foreign Service, he held a senior staff position at the Council on Foreign Relations.  Ambassador DeLaurentis received a B.S. from the Georgetown University School of Foreign Service and an M.A. from Columbia University’s School of International and Public Affairs.