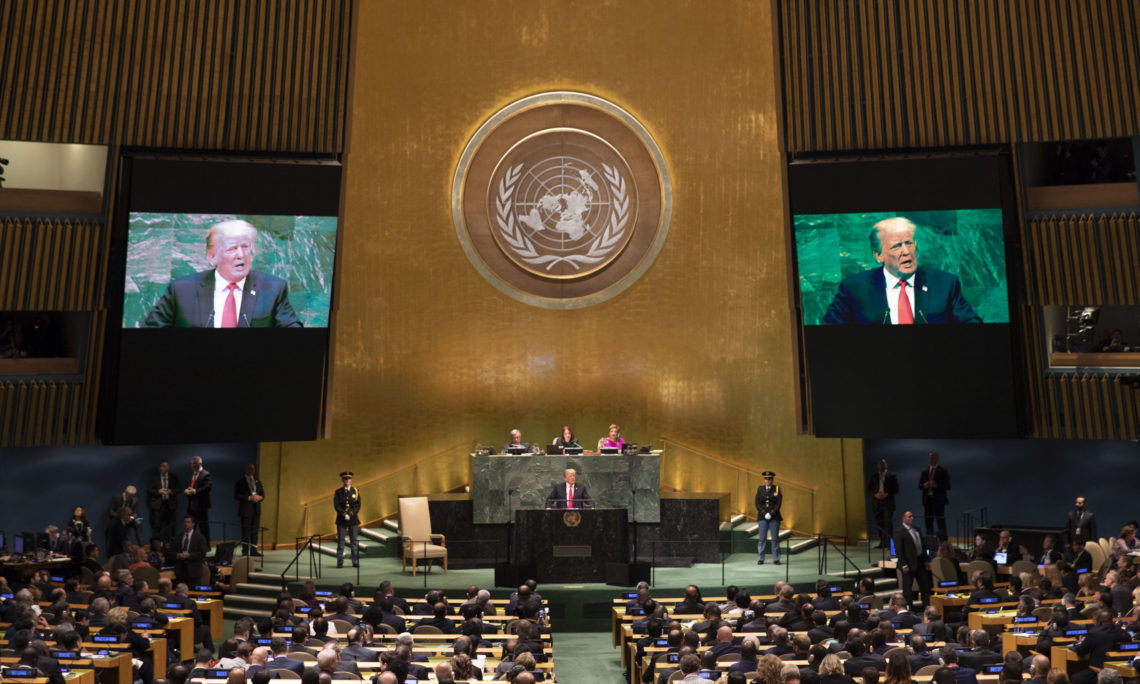 Thank you, Mr. President. Special Representative Massieu, thank you for your informative briefing. We appreciate the critical role that the Verification Mission continues to play in supporting peace in Colombia. Mr. Valbuena, thank you for the important perspective you bring from the Special High-Level Body on Ethnic Peoples of Colombia. I would also like to welcome the Colombian delegation led by Vice President Márquez and Foreign Minister Leyva to the Council. And I’d also like to give a special thanks to our UK colleagues for their efforts made in drafting the mandate resolution which received unanimous support from this Council. And welcome to Minister Rutley.

The United States is encouraged by the steps your government has taken to advance the implementation of the 2016 Peace Accord. And we are fully committed to supporting Colombia in this vital work.

Colleagues, today I’d like to highlight four areas of progress and discuss obstacles to peace that must be addressed with urgency.

First, the United States welcomes the Petro Administration’s expressed commitment to fully realize the objectives of the Ethnic Chapter. We appreciate Vice President Márquez’s leadership in coordinating these efforts, in partnership with the Office of the High Commissioner for Peace and entities across the Colombian government, including the newly created Ministry of Equality. Your election at this moment, Madam Vice President, is historical and represents the Petro Administration’s commitment to addressing this important issue.

This past October during a visit to Bogotá, Secretary Blinken announced the United States would be the first International Accompanier to the Ethnic Chapter of the 2016 Peace Accord. As Secretary Blinken made clear, “There can be no lasting peace without justice and equality for the Afro-Colombian and Indigenous people.” The Ethnic Chapter sets a vision for an inclusive peace. One that addresses a history of inequity and ensures the rights of Afro-Colombians and Indigenous people going forward. This is a vision that the United States shares and that we’ve long worked to help make a reality.

Second, the United States supports rural reform efforts to distribute property to farmers without land. And we were encouraged by the significant increase of resources for the agrarian sector in the 2023 government budget.

Third, we continue to support the ongoing transitional justice process. We support this effort and condemn any actions that threaten the peace process. All victims of Colombia’s conflict deserve justice. Full stop.

Fourth, we are encouraged by Colombia’s effort to broaden democratic political participation. We should not lose sight of how significant it is to see former combatants participating in the political process.

But while these four developments are cause for optimism, there is still work to be done. Illicit drug production continues to fuel violence in conflict-affected areas, and the UN Office of Drug Control reported record levels of coca cultivation in 2021.

Let’s be clear: All acts of violence – whether they are attacks against Colombian security forces, Indigenous and Afro-Colombian communities, former combatants, or human rights and environmental defenders – impede progress. And they impede peace. Authorities must act to combat illicit drug production, reduce violence, and ensure illegal armed groups are held accountable.

The Security Council can play a meaningful role in addressing this work, and the United States welcomes today’s action by the Council to approve the Secretary-General’s important recommendation for the UN Verification Mission. This resolution will help us better monitor the implementation of comprehensive rural reform and the Ethnic Chapter of the Peace Accord.

We must all continue to stand with Colombia in its efforts to consolidate lasting peace after decades of conflict.