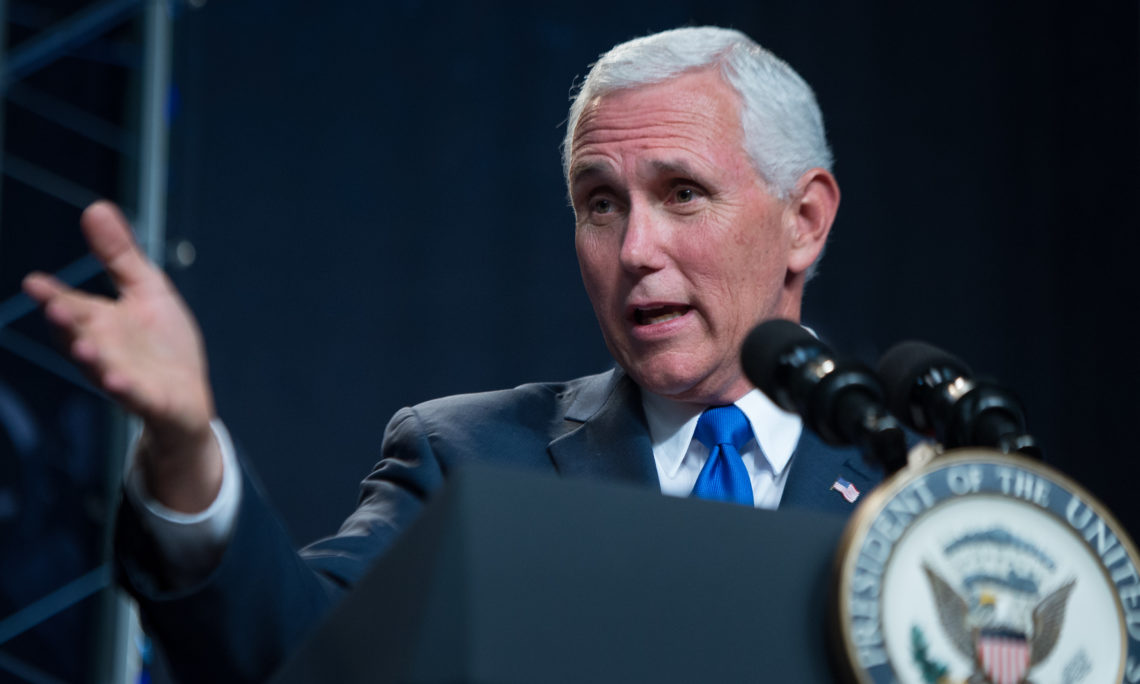 To Miami-Dade County Mayor Gimenez, Mayor Bermudez, distinguished guests, it is my great honor to join you here today in this beautiful place of worship, the Church of Our Lady of Guadalupe.  I’m deeply humbled to be here at this church which is a model of Christian ministry and charity and a beacon of hope for so many of our Venezuelan brothers and sisters.

Would you join me in thanking Archbishop Wenski and Father Mago for their leadership in this community and for being the hands and feet of Christ?  (Applause.)

And to all of you:  I bring greetings from a champion for freedom in the Western Hemisphere, across the wider world, and for all the good people of Venezuela, the 45th President of the United States of America, President Donald Trump.  (Applause.)

The President sent me here as he sent me to Latin America last week with a very simple message for all of you and for the people of Venezuela:  We are with you and we will stand with you until democracy is restored in Venezuela.  (Applause.)

Now the last time I was here I joined President Trump when he took another decisive step to keep his promise to the American people when he canceled the last administration’s one-sided deal with Cuba.  (Applause.)

The President announced a new policy to support the Cuban people’s nearly six-decade struggle for liberty that will ensure that U.S. dollars will no longer prop up a military monopoly that exploits and abuses them.

Under President Donald Trump, it will always be “Kay viva Cuba libre!”  (Applause.)

And as President Trump said that day, under his administration, we know it is best for America and best for our hemisphere to have freedom for all of our people and a future where all the people of this hemisphere in each our countries can live out our dreams.

This is the spirit that we bring to our partnerships across the Western Hemisphere.

Last week, President Trump sent me to Central and South America, as the first member of our administration to visit the region, to deliver a message — under President Donald Trump, the United States will always put the security and prosperity of America first.  But America First does not mean America alone.  (Applause.)

And as the President has said, in his words, “America stands with all of the people in our great hemisphere yearning to be free” — and our administration is working hand-in-hand with free nations across Latin America to make this vision a reality.

The United States stands with our neighbors in the Western Hemisphere because our security and our prosperity are inextricably linked.  Our interests are aligned.  Our values are the same, and the birthright of freedom belongs to all of our people in this New World.

And the advance of freedom and democracy in Latin America benefits the cause of freedom everywhere.  (Applause.)  Because when free peoples stand together, there’s nothing that we can’t accomplish.  And today as we look across Latin America, the winds of progress are at our back.