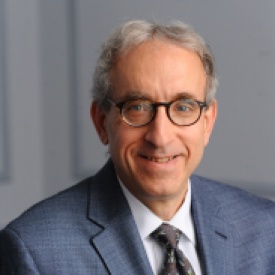 Robert Y. Shapiro specializes in American politics with research and teaching interests in public opinion, policymaking, political leadership, the mass media, and applications of statistical methods. His current research examines partisan polarization and ideological politics in the United States, as well as other topics concerned with public opinion and policymaking.

As we approach the November 8 elections, Shapiro will examine the main trends and issues related to the 2016 Presidential race between Hillary Clinton and Donald Trump.

Robert Y. Shapiro is a professor and former chair of the Department of Political Science at Columbia University, and he served as acting director of Columbia’s Institute for Social and Economic Research and Policy (ISERP) during 2008-2009.

His most recent books are The Oxford Handbook of American Public Opinion and the Media (2011) and Selling Fear: Counterterrorism, the Media, and Public Opinion (2011). He served for many years as editor of Public Opinion Quarterly’s “The Polls-Trends” section, and is currently chair of the journal’s Advisory Committee. He also serves on the editorial boards of Political Science Quarterly, Presidential Studies Quarterly, and Critical Review.

This event is sponsored by the Embassy of the United States, Santiago and Amcham Chile.