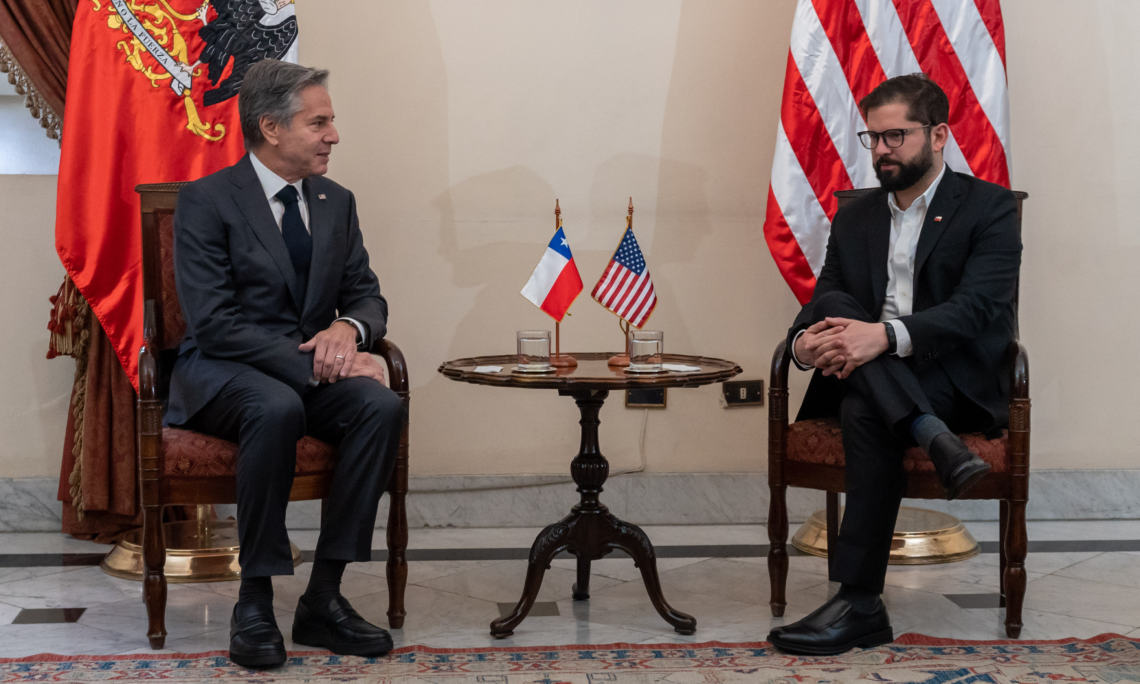 The below is attributable to Spokesperson Ned Price:

Secretary of State Antony J. Blinken met today with Chilean President Gabriel Boric in Santiago, Chile. Secretary Blinken and President Boric highlighted the importance of the relationship between our two countries as we approach the 200th anniversary of U.S.-Chile relations in 2023. The Secretary and the President discussed the importance of further expanding the responsible flow of trade and investment, as we approach the 20th anniversary of the U.S.-Chile Free Trade Agreement. Secretary Blinken thanked President Boric for Chile’s leadership on climate change and its efforts to reach carbon neutrality by 2050. Secretary Blinken and President Boric also discussed areas of collaboration on strengthening democracy in the region. They also agreed to continue to address the implications of Russia’s unprovoked invasion of Ukraine, which are being felt around the world, including in our Hemisphere.