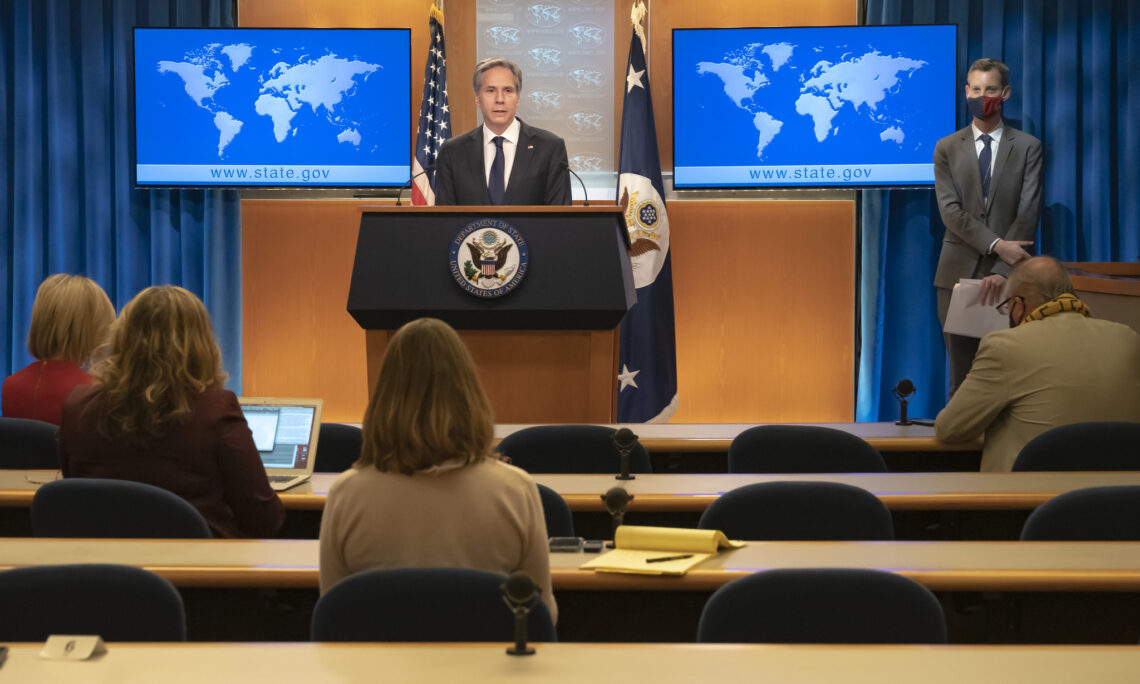 We join people around the world in mourning the passing of Mikhail Gorbachev. Perhaps no word is more closely associated with Mr. Gorbachev than glasnost, or openness. That’s fitting for a man whose openness changed the course of human history.

Mr. Gorbachev was open to acknowledging his country’s history – not just its triumphs, but its tragedies – what he called the “blank spots” of the Soviet Union’s past. He created space for dissenting views, and freed dissidents who had spent years in exile or prison. He was also open to working with other nations, including adversaries like the United States, driven by the conviction that dialogue was in the interest of his people – and all people.

It’s tempting to see the massive achievements of that engagement – including the end of the Cold War, the fall of the Berlin Wall, the first-ever agreement to reduce the nuclear arsenals of the U.S. and the USSR – as inevitable. But those achievements would have been unimaginable without the courage and determination Mr. Gorbachev brought to his pursuit of openness, and the trust he built with Presidents Ronald Reagan and George H.W. Bush.

He never lost faith in the transformative power of such engagement, even as some of his greatest accomplishments were weakened. In 2018, he wrote, “Is it too late to return to dialogue and negotiations? I don’t want to lose hope…We must not resign, we must not surrender.” He was right, and his life is a powerful reminder of all that can be achieved when we make those ideals a reality.