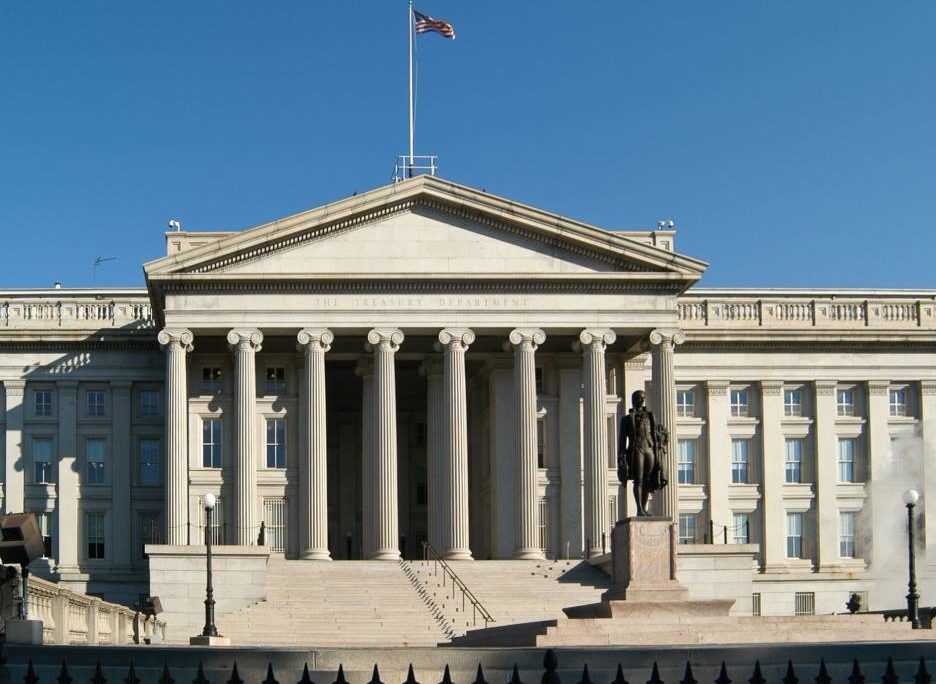 Washington – Today, the Department of the Treasury’s Office of Foreign Assets Control (OFAC) designated Banco Central de Venezuela, or the Central Bank of Venezuela, pursuant to E.O. 13850, as amended, for operating in the financial sector of the Venezuelan economy.  Additionally, OFAC designated Iliana Josefa Ruzza Terán (Ruzza), pursuant to E.O. 13692, as amended, who is determined to be a current or former official of the Government of Venezuela.

“Treasury is designating the Central Bank of Venezuela to prevent it from being used as a tool of the illegitimate Maduro regime, which continues to plunder Venezuelan assets and exploit government institutions to enrich corrupt insiders,” said Treasury Secretary Steven T. Mnuchin.  “The United States is committed to helping the Venezuelan people.  While this designation will inhibit most Central Bank activities undertaken by the illegitimate Maduro regime, the United States has taken steps to ensure that regular debit and credit card transactions can proceed and personal remittances and humanitarian assistance continue unabated and are able to reach those suffering under the Maduro regime’s repression.”

• Banco Central de Venezuela is the central bank of Venezuela, and is based in Caracas.  Multiple OFAC-designated individuals currently hold leadership positions with the Banco Central de Venezuela, including Simon Alejandro Zerpa Delgado and William Antonio Contreras, both of whom are Directors of the bank and were designated by OFAC pursuant to E.O. 13692 in 2017 and 2018, respectively.

• Iliana Josefa Ruzza Terán is a Director of Banco Central de Venezuela.  Additionally, Ruzza was appointed in July 2018 as a Director on the Board of Directors for the Venezuelan Department of Foreign Commerce, also known as CORPOVEX, and was appointed in May 2018 to be the Vice President of Finance of Petroleos de Venezuela, S.A., which was designated on January 28, 2019, pursuant to E.O. 13850.

Concurrent with this designation, OFAC has issued amendments to current Venezuela-related general licenses and issued new general licenses, which include authorizations to ensure that U.S. persons may continue to engage in and facilitate non-commercial, personal remittances and the provision of humanitarian assistance to the people of Venezuela.

For information about the methods that Venezuelan senior political figures, their associates, and front persons use to move and hide corrupt proceeds, including how they try to exploit the U.S. financial system and real estate market, please refer to Treasury’s Financial Crimes Enforcement Network (FinCEN) advisories FIN-2017-A006, “Advisory on Widespread Public Corruption in Venezuela,” FIN-2017-A003, “Advisory to Financial Institutions and Real Estate Firms and Professionals” and FIN-2018-A003, “Advisory on Human Rights Abuses Enabled by Corrupt Senior Foreign Political Figures and their Financial Facilitators.”

As a result of today’s action, all property and interests in property of this entity and individual, and any entity that is owned, directly or indirectly, 50 percent or more by the designated entity or individual, that are in the United States or in the possession or control of U.S. persons are blocked and must be reported to OFAC.  OFAC’s regulations generally prohibit all dealings by U.S. persons or within (or transiting) the United States that involve any property or interests in property of blocked or designated persons.

U.S. sanctions need not be permanent; sanctions are intended to bring about a positive change of behavior.  The United States has made clear that the removal of sanctions is available for persons designated under E.O. 13692 or E.O. 13850, both as amended, who take concrete and meaningful actions to restore democratic order, refuse to take part in human rights abuses, speak out against abuses committed by the illegitimate Maduro regime, and combat corruption in Venezuela.