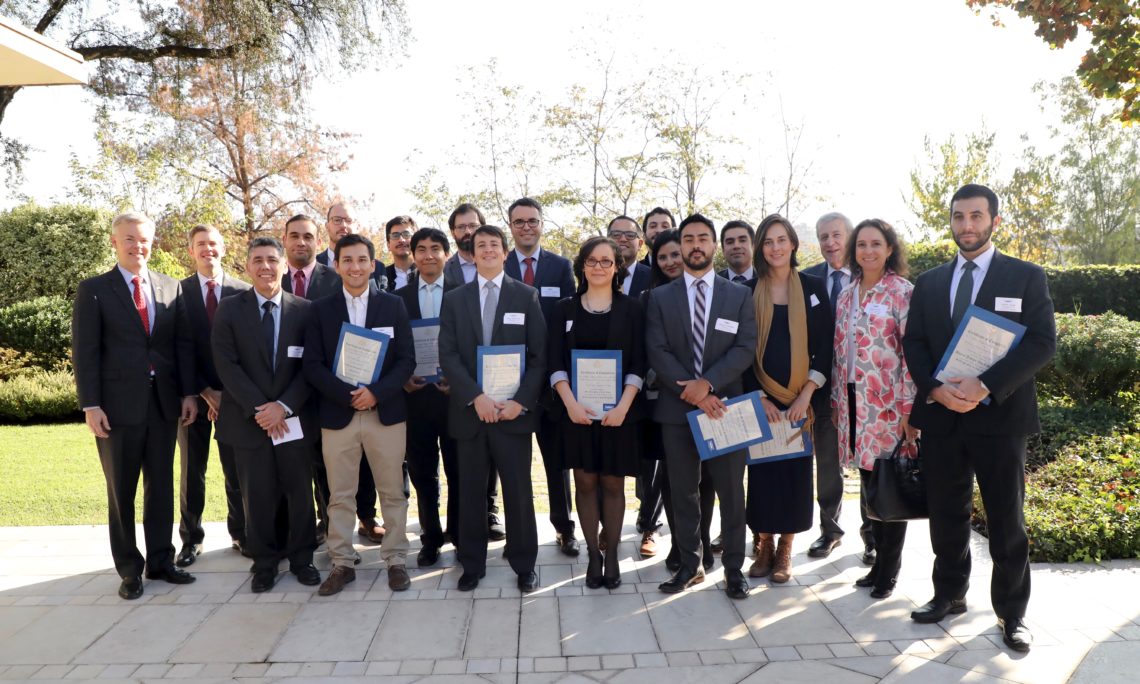 Embassy Santiago hosted a breakfast to mark the 64th anniversary of the U.S.-Chile Fulbright Commission for Educational Exchange with incoming and outgoing Fulbright scholarship recipients, Equal Opportunity Scholarship Program scholars, board members and staff,  Fulbright U.S. scholars and students, and working-level officials from CONICYT and the Ministry of Foreign Affairs.

Fulbright is the U.S. government’s flagship international academic exchange program.  The Fulbrigth Chile program was the first in Latin America.  Funded by both our governments, since 1955 to date, 3,250 Chileans and 1,229 U.S. citizens have received Fulbright awards for graduate study, research, and/or teaching in each other’s countries.

Also, since 2008, 237 grantees received scholarships under the BIO program and up to 30 more BIO scholars will be selected later this year. 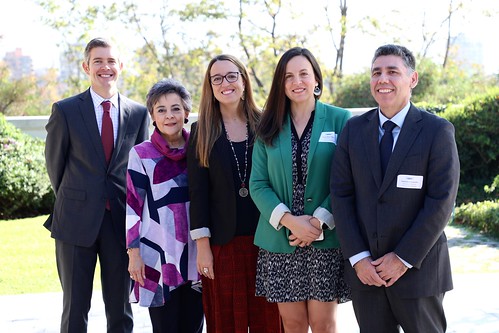