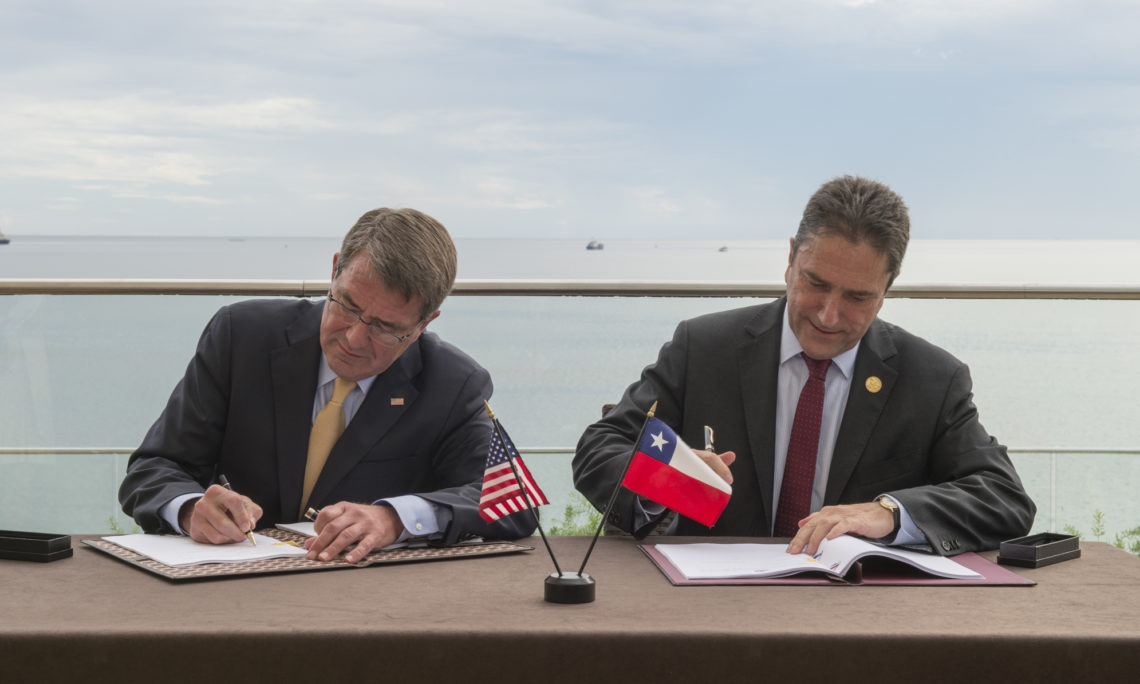 Secretary of Defense Ash Carter signs an agreement with Jose Antonio Gomez, Chile's minister of national defense, during the Conference of Defense Ministers of the Americas in the Port of Spain, Trinidad and Tobago, Oct. 11, 2016. The agreement laid out terms to deepen the countries' defense relatio

Secretary of Defense Ash Carter met October 11 on the margins of the Conference of Defense Ministers of the Americas (CDMA) in Port of Spain, Trinidad and Tobago with Chilean Minister of National Defense Jose Gomez.

At the conclusion of their meeting, Minister Gomez and Secretary Carter signed a research, development, testing, and evaluation agreement. The agreement will expand cooperation between the two countries on defense technology.