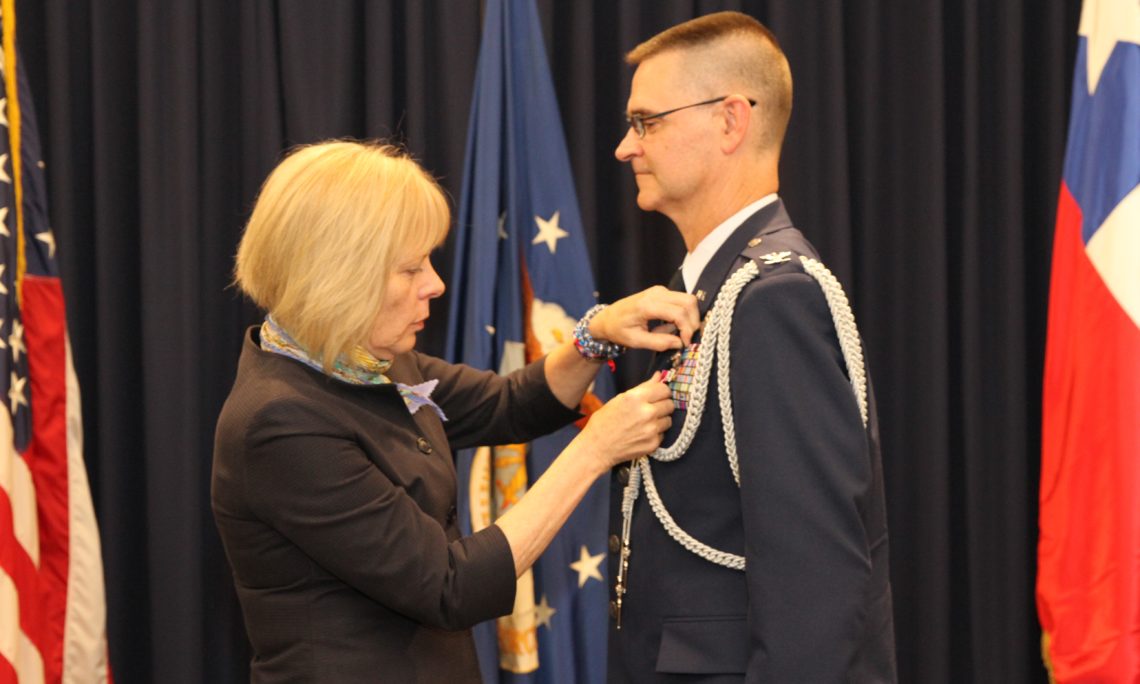 Ambassador Carol Perez presided over a retirement ceremony on January 5, 2018, in honor of Colonel John J. Hokaj, Air Attaché at the U.S. Embassy, for his 30 years of service with the U.S. Air Force.

Colonel Hokaj was awarded the Legion of Merit and received a U.S. flag flown over the U.S. Embassy Santiago.

Distinguished guests included Colonel Hokaj’s wife and four children, senior officers from the Chilean Air Force, the Association of Air Attaches accredited to Chile, and friends and colleagues from the U.S. Embassy.

Colonel Hokaj plans to return to his home state of Pennsylvania to pursue his next career as a commercial airline pilot.