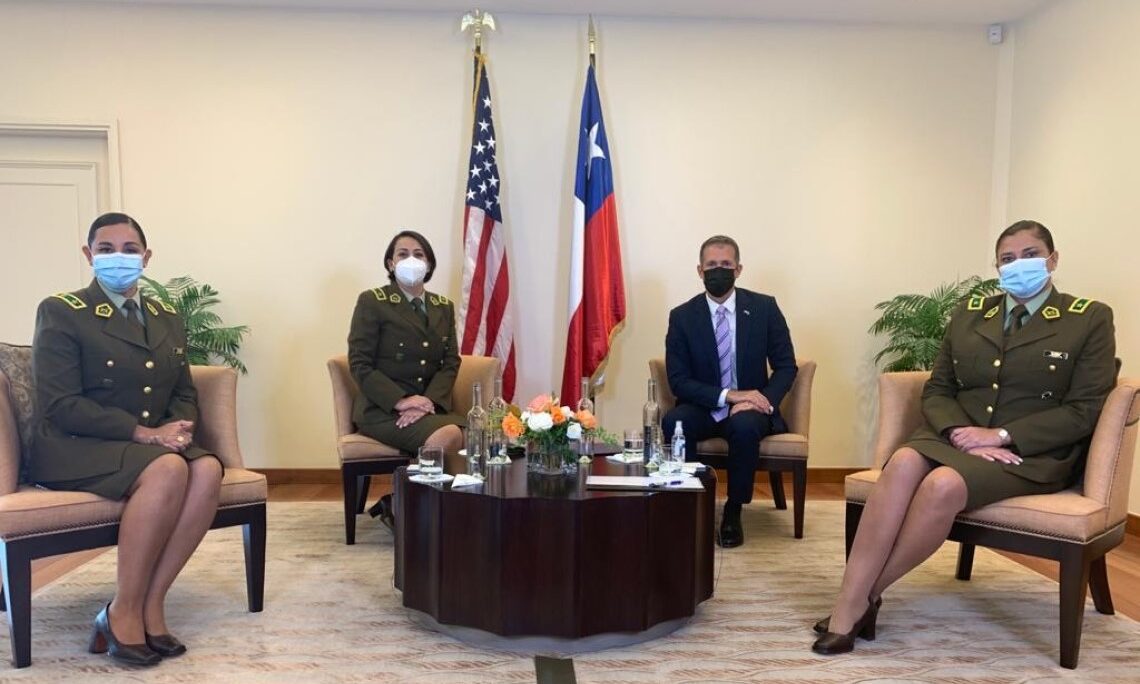 The U.S. Embassy Santiago, Chile hosted an event celebrating Women’s History Month, titled “Women in High Command” on March 18, 2021. The Charge d’Affaires Richard Glenn welcomed several high ranking Carabineros de Chile Generals who are the first females to be promoted to the rank of Generals. It was a special privilege to welcome General Bertha Robles, General Karina Soza and General Marcela Gonzalez to speak to more than 150 participants during this virtual event from more than 12 Latin American Countries.

The event was opened by the Regional Security Officer of the US Embassy Santiago, Noriko Horiuchi, followed by remarks by Charge Glenn and the International Narcotics and Law Enforcement Deputy Assistant Secretary Heide Fulton from the Department of State in Washington DC.

DAS Fulton discussed the importance of women in the security field and law enforcement, and that women bring unique perspectives and experiences that are essential to protecting the country and it’s citizens. Building skilled members and leaders of the national police in both women and men, is critical to building communities and protecting democracy.

These three Generals each discussed their rise and challenges in paving the way to becoming Generals of the Carabineros. These Generals certainly have had unique set of challenges but have successfully laid the foundation for the future of women in law enforcement in Chile. The US government supports diverse and inclusive institutions which will ensure Chile’s democracy and will be well defended well into the future.

The event also introduced Ms. Deyanira Murga, from the Overseas Security Advisory Council (OSAC)’s Women in Security program to present a mentorship program that has begun in the US between senior security officials and the future leaders of tomorrow.

During the questions and answers portion, many law enforcement officials from Latin America joined in asking various questions to the Generals, Charge Glenn and DAS Fulton.