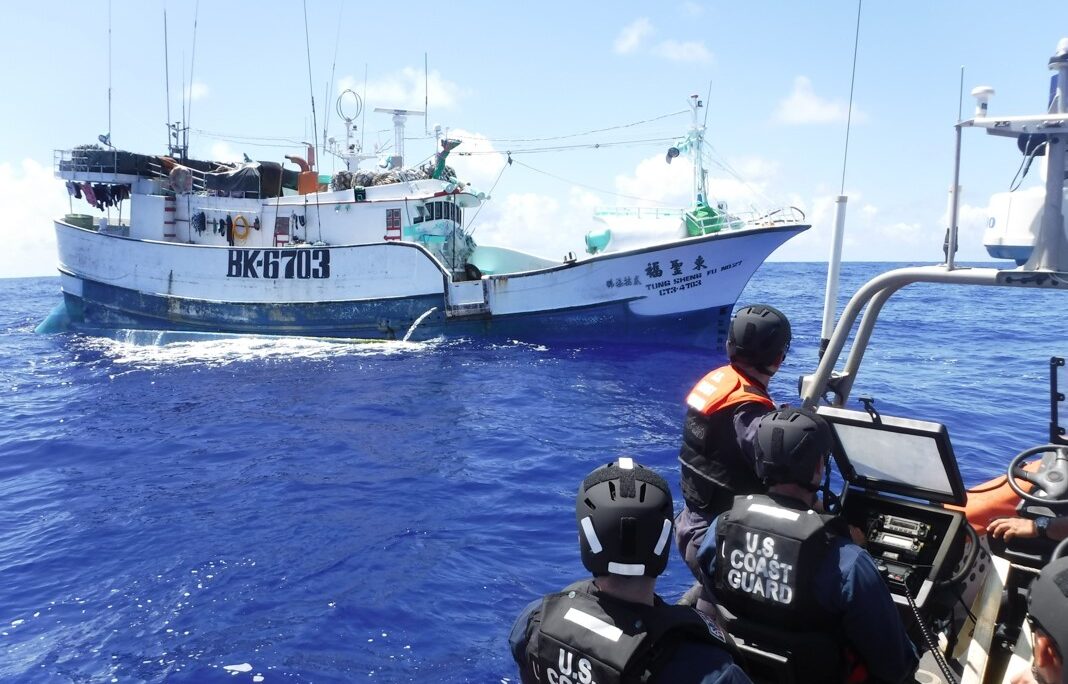 The U.S. Coast Guard is leading a global effort to stop illegal fishing, which harms ecosystems and threatens livelihoods and economies worldwide.

In a new strategy, the U.S. Coast Guard says illegal, unreported and unregulated (IUU) fishing has replaced piracy as the leading threat to maritime security. The strategy lays out an approach for more collaborative and effective enforcement.

IUU fishing is a collection of dishonest fishing practices, both on the high seas and in areas within national jurisdictions. It threatens global security and prosperity and weakens rules-based order, especially as the worldwide demand for fish as a protein source continues to grow.

Under the new strategy, the Coast Guard will improve its longstanding efforts to combat illegal fishing with more targeted and intelligence-driven enforcement. It will also create more international cooperation in an effort to project good global maritime behavior.

IUU fishing threatens the livelihoods of more than 3 billion people worldwide who rely on fishing for work or food. Illegal fishers harvest 26 million tons of fish annually, resulting in tens of billions of dollars lost to legal fisheries, according to the Coast Guard strategy.

For example, massive People’s Republic of China–­flagged fishing fleets, such as one recently fishing near the diverse marine ecosystems of Ecuador’s Galápagos Islands, have threatened other countries’ fisheries and the environment.

The Coast Guard’s efforts are at the forefront of a U.S. government approach to countering IUU fishing. The U.S. Agency for International Development (USAID) invests more than $33 million each year in sustainable fishing in more than a dozen countries. USAID funding has supported monitoring equipment to help fishermen show their catch is legal, ensuring they can sell in international markets.

The Coast Guard strategy calls for helping partner nations to stop IUU fishing throughout the Western Hemisphere and the South Pacific, around Oceania, in the North Pacific and around Pacific island nations, and in coastal Africa.

Additionally, the U.S. will improve information sharing with partner nations including Canada, Japan and South Korea. The U.S. also will publicize any illegal activities to hold bad actors accountable.

“This is about sovereign nations protecting their GDP, protecting their livelihood,” Admiral Schultz told a September 17 discussion on the new strategy hosted by the Center for Strategic and International Studies in Washington. “IUU fishing threatens a host nation’s ability to protect or save resources, a food sustainment issue.”