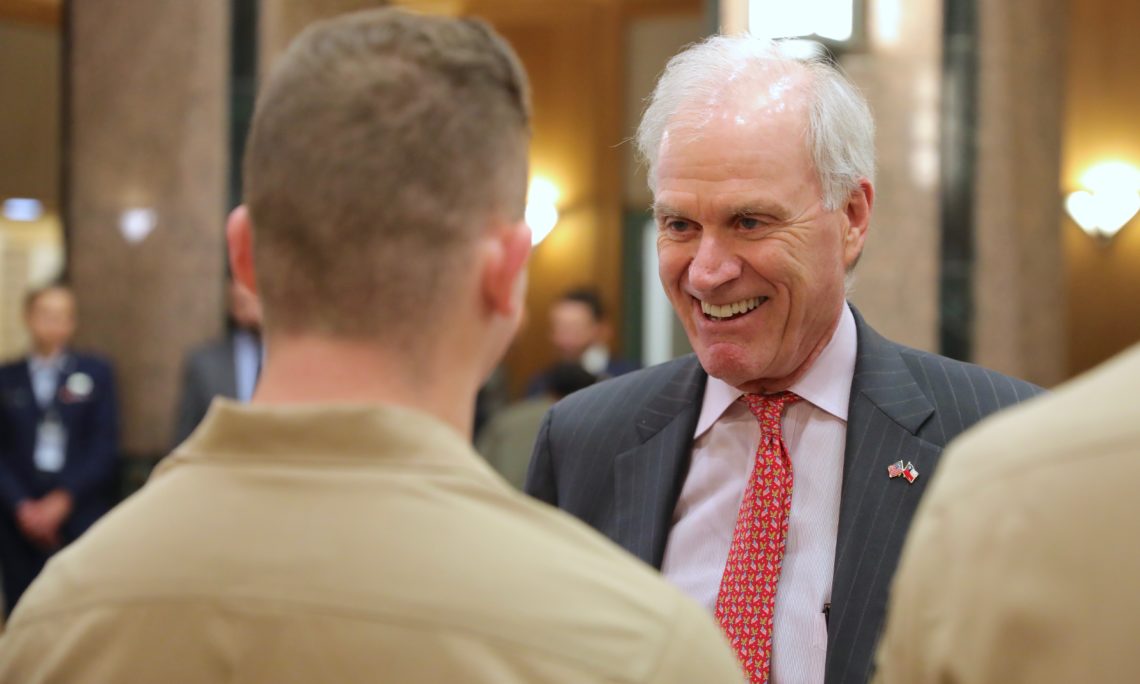 The secretary of the United States Navy, Richard V. Spencer, made a visit to Santiago on Wednesday, August 28, where he met with authorities of the Ministry of Defense and the Chilean Navy, as part of a trip to the region which included a stop in Argentina, among other countries.

During his stay, Secretary Spencer held meetings with Chilean Defense Minister Alberto Espina; the undersecretary of defense, Cristián de la Maza; the commander-in-chief of the Navy, Admiral Julio Leiva, as well as with other top Chilean naval officers, with whom he addressed regional security issues and areas of future cooperation.

The visit of Secretary Spencer aims to strengthen the close collaboration of the naval forces of both countries and demonstrates the permanent commitment of the United States in its alliance with the Western Hemisphere in matters of security.

Secretary Richard V. Spencer took office on August 3, 2017 and is responsible for directing all the tasks of the United States Department of the Navy. Under his leadership, Secretary Spencer is also in charge of the formulation and implementation of policies and programs in accordance with national security policies and objectives set by the President of the United States and the U.S. Secretary of Defense.

Secretary Spencer’s biography is available on the Department of Defense website: https://www.defense.gov/Our-Story/Biographies/Biography/Article/1887215/richard-v-spencer/