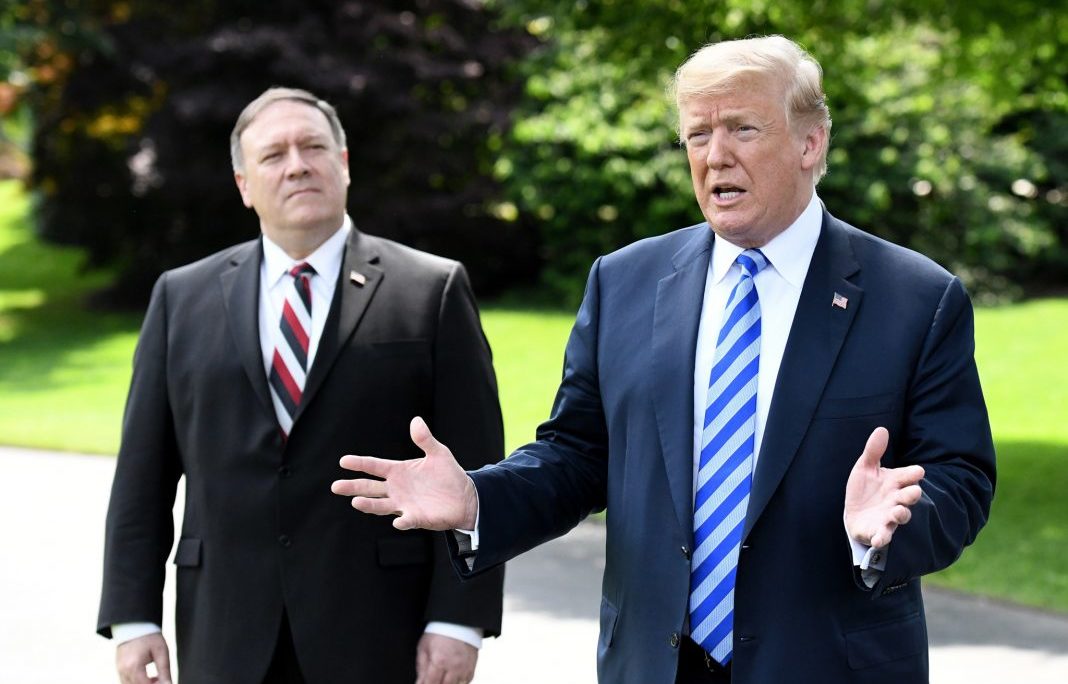 President Trump withdrew the U.S. from the Iran nuclear deal in May and said the U.S. would reimpose sanctions on Iran after a 180-day wind-down period. On August 7 the U.S. sanctions on Iran’s automotive sector, its trade in gold and other key metals, and its currency trading go back into effect.

The second round will kick in November 5 and will reimpose sanctions in these areas:

The November 5 round will also re-list hundreds of individuals, entities, vessels and aircraft that were previously included on sanctions lists.

“The United States is fully committed to enforcing all of our sanctions, and we will work closely with nations conducting business with Iran to ensure complete compliance,” the president said August 6. “Individuals or entities that fail to wind down activities with Iran risk severe consequences.”

His administration has issued 17 rounds of Iran-related sanctions, designating 145 companies and individuals, the president said. He ended U.S. participation in the Iran nuclear deal May 8 because the deal did not put a permanent stop to Iran’s nuclear ambitions nor restrict its other hostile activities. The Iranian regime has exploited the global financial system to promote terrorism, support ruthless regimes, destabilize the region, and abuse the human rights of its own people.

Under the Iran nuclear deal, called the Joint Comprehensive Plan of Action, the U.S. and other countries that signed the agreement allowed companies outside of the U.S. to do business with Iran and not face penalties.

In the period between the president’s announcement and the dates the sanctions are back in effect, individuals and businesses affected by the sanctions must wind down their business with Iran or risk getting sanctioned.

“We understand that our reimposition of sanctions and the coming pressure campaign on the Iranian regime will pose financial and economic difficulties for a number of our friends,” Secretary of State Mike Pompeo said in May when he announced a new Iran strategy. “Indeed, it imposes economic challenges to America as well. These are markets our businesses would love to sell into as well. And we want to hear their concerns. But we will hold those doing prohibited business in Iran to account.”

By July, more than 50 international firms had announced their intent to leave the Iranian market, particularly in the energy and financial sectors.

The administration has warned governments and the private sector of the risks of continuing to do business with Iran and has stressed the U.S. actions are targeted at the Iranian government.

“Our sanctions do not now, nor have they ever, targeted humanitarian goods,” a senior State Department official said in a July briefing. “Our sanctions pressure the Iranian regime into changing its behavior and they do not target the Iranian people.”

The administration is working with allies to bring pressure on the Iranian regime to achieve a nuclear deal that denies all paths to a nuclear weapon and addresses other malign activities.