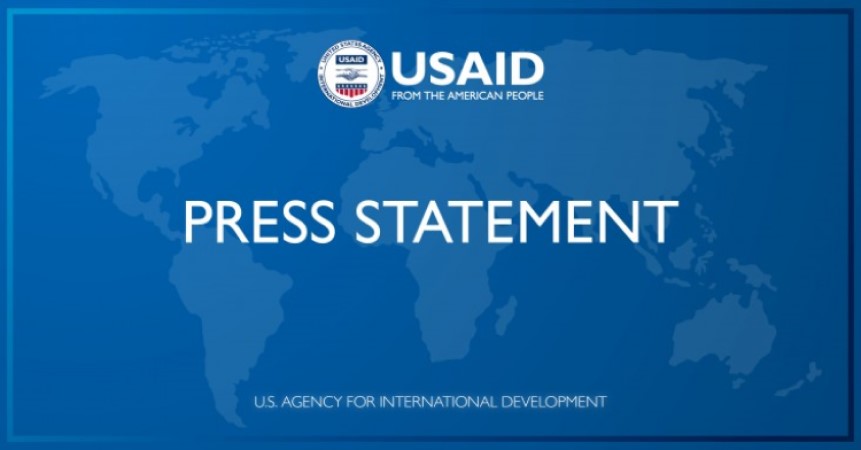 The United States, through the U.S. Agency for International Development (USAID), is providing over $68 million in additional funding to the UN World Food Program (WFP) to purchase, move, and store up to 150,000 metric tons of Ukrainian wheat to help respond to the world’s worst food crises.

The world is facing its most severe food crisis in decades. In order to save lives, humanitarians need access to all available grain stores to deliver to the populations that need it most. Before Russia’s invasion, Ukraine was one of WFP’s top suppliers of grain and the fourth largest commercial exporter of wheat. Opening the Ukrainian market is a vital step forward in our emergency response.

USAID, in partnership with the Howard G. Buffett Foundation and Minderoo Foundation, supported the first humanitarian grain shipment to leave the Black Sea via Ukraine’s Yuzhny Port today. This shipment will support the humanitarian response in the Horn of Africa where a historic drought is pushing millions of people to the brink of starvation. This procurement comes just weeks after the UN announced it helped reach an agreement between Ukraine, Russia, and Turkey to resume Ukrainian grain exports through the Black Sea, which had ground to a halt following the Russian invasion of Ukraine on February 24. Russia’s war against Ukraine has caused food and fuel prices to spike globally and contributed to staggering levels of food insecurity in countries facing life-threatening hunger. This additional 150,000 metric tons of wheat supported by USAID, builds on these efforts and will support ongoing emergency food assistance in countries facing severe food crises.

While the resumption of food exports out of Ukraine, after being blocked by Putin for almost six months, is an important first step, these shipments must continue so that the millions of tons of grain trapped in the country can reach markets and help feed the most vulnerable. This freeing of critical food supplies trapped in the Ukrainian ports is crucial, but the sheer scale of the hunger crisis – fueled by wars, the economic devastation of the COVID-19 pandemic, and extreme weather worsened by climate change – is so immense that this single advance will not solve this crisis.

The United States has provided nearly $7.6 billion in assistance to respond to the global food security crisis since the beginning of Russia’s war against Ukraine. We will continue to work to meet the needs of the people made even more vulnerable due to Russia’s war against Ukraine. USAID humanitarian assistance, including our support to WFP, includes direct food assistance, as well as other support including safe drinking water, health care, and protection to meet needs made even worse by food crises.