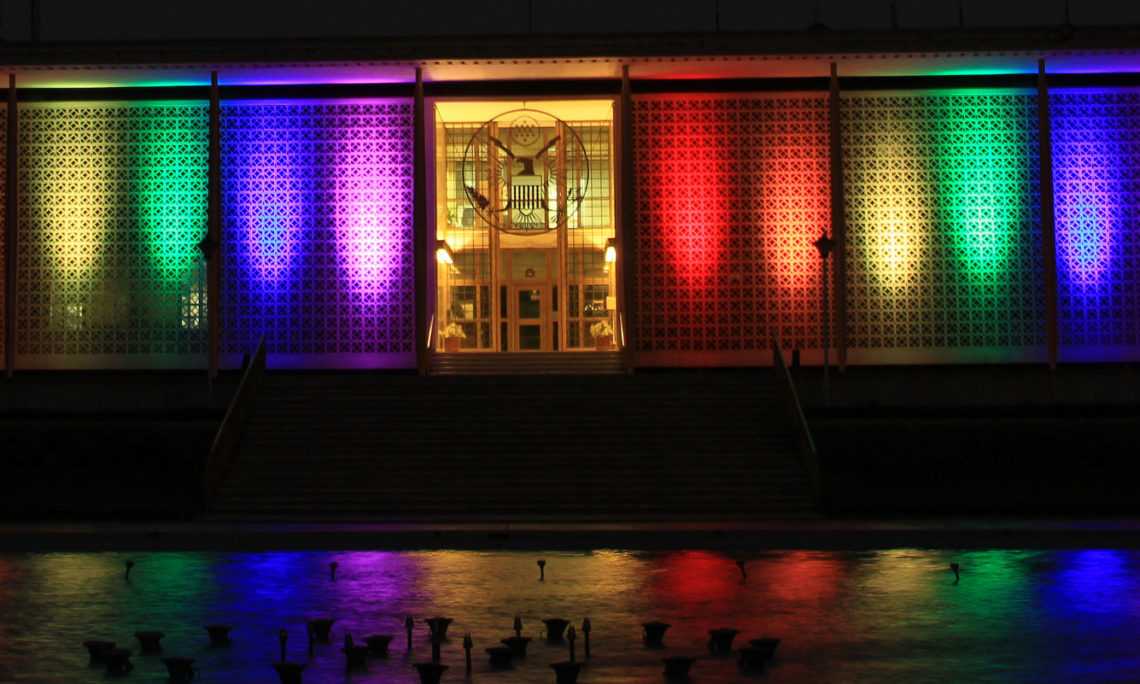 The U.S. Embassy in Santiago joins people around the world grieving the massacre of dozens of innocent people in Orlando. We stand with the people of Orlando and extend our condolences to them and in particular to the family and friends of those who were killed and injured. Our thoughts are with all the affected.

This mass shooting is being investigated as an act of terror. We know it was an act of hate. And during this Pride month an attack on fellow citizens who have the right to come together peacefully to enjoy themselves without being targetted by violence.  This will not change our values or our belief that all people have the right to love whomever they choose. As President Obama said earlier today, “In the face of hate and violence, we will love one another. We will not give into fear.” ‎ As Ambassador Hammer has said many times #Lovewins‎.

We greatly appreciate the expressions of solidarity not only of President Bachelet and Foreign Minister Munoz but also of a multitude of Chileans and other diplomatic missions.‎ The world stands together.