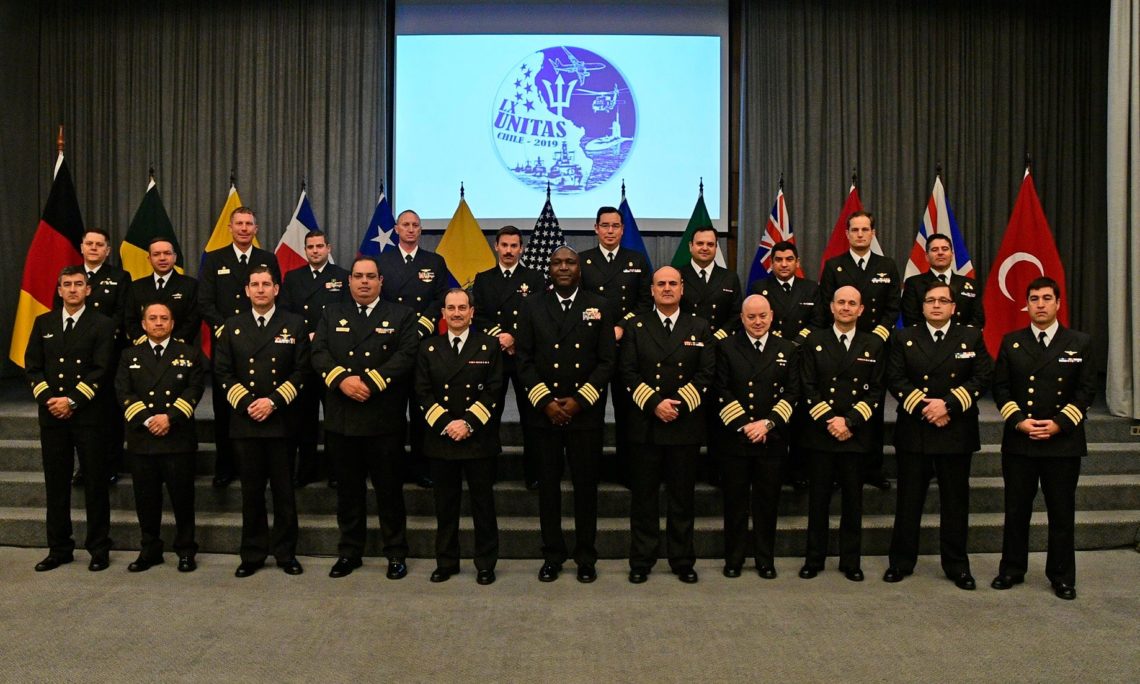 This year’s exercise will include 10 warships that will conduct maritime maneuvering operations in the Pacific Ocean through July 2. U.S. forces participating in UNITAS this year are USS Michael Murphy (DDG 112), Mobile Diving and Salvage Unit 2, Patrol Squadron (VP) 4, Destroyer Squadron 40, and U.S. 4th Fleet. While participating in the exercise, U.S. forces will be under the operational control of Commander, U.S. Naval Forces Southern Command/U.S. 4th Fleet, Rear Adm. Donald Gabrielson.

UNITAS, Latin for ‘unity,’ is the world’s longest-running multinational maritime exercise. Conceived in 1959 and first executed in 1960, UNITAS is a demonstration of U.S. commitment to the region and the strong relationships forged between our partner nations and their militaries.

In addition to the Pacific phase of UNITAS LX, there will be Atlantic and Amphibious phases hosted by Brazil in August. UNITAS will focus on strengthening our existing regional partnerships and encouraging the establishment of new relationships through the exchange of maritime mission-focused knowledge and expertise during the exercise. The exercise develops and tests participating navies’ capabilities to respond to a wide variety of maritime missions as a unified force.

The Western Hemisphere is the shared home for the U.S. and our partner nations. Exercises like UNITAS reinforce our permanent geographical and cultural ties, connecting us to our shared history and our shared future. U.S. Naval Forces Southern Command/U.S. 4th Fleet is responsible for U.S. Naval forces in the U.S. Southern Command area of responsibility, including the Caribbean, Central and South America.