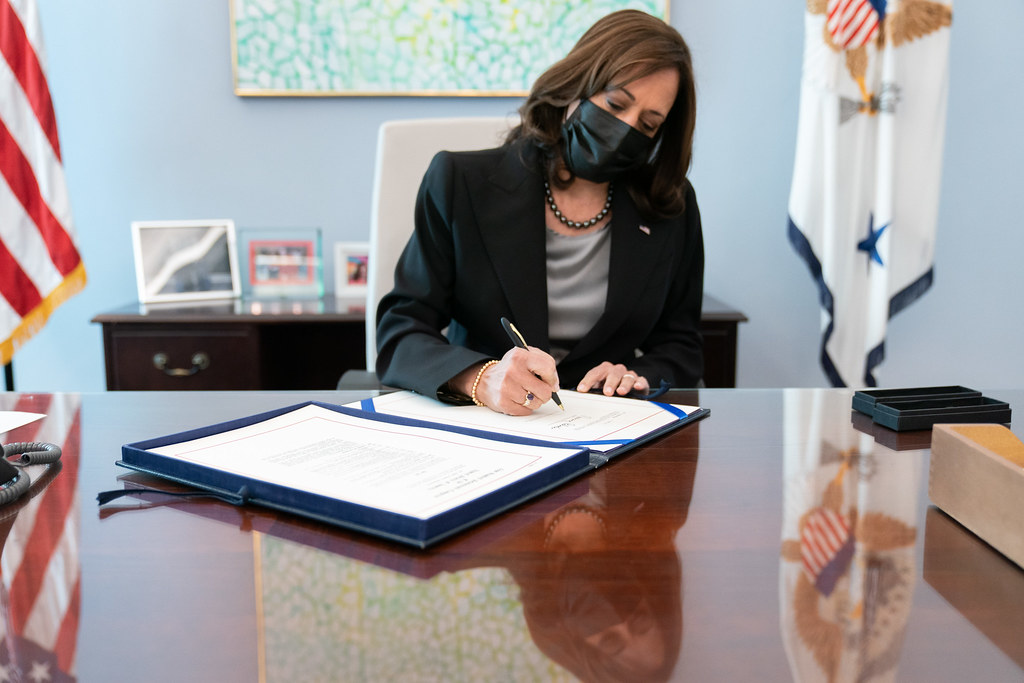 These initiatives are committed in support of the U.S. Strategy to Address the Root Causes of Migration in northern Central America, which the Vice President launched in July 2021.

Today, the Vice President and the Partnership for Central America launched In Her Hands as a private sector initiative to empower, train, and protect women in northern Central America and across the Western Hemisphere. Founding members are a coalition of companies and organizations who responded to Vice President Harris’s Call to Action, including CARE, Cargill, Mastercard, Microsoft, Millicom, Nespresso, PepsiCo, PriceSmart, and Pro Mujer.

The integrated In Her Hands commitments will connect more than 1.4 million women and their communities to the financial system and digital economy, accelerate women’s participation in the agroindustry, train more than 500,000 women and girls in core job skills, promote gender parity, and elevate women within companies across the region.

Building off her leadership of collaborative public-private partnerships to address key challenges in the region, the Vice President announced the following U.S. government initiatives to complement private sector commitments to empower women and girls in the Latin American region: